During 1900’s my great grandfather was from the South Pacific Island called Niue. His name was Ari. He settled on Darnley Island. He was married to a full Papuan citizen woman from Parem, a tribe from the mouth of the great Fly River on the Western Province of Papua New Guinea. The title of the print is “Athen Nurradin”. Athe means great grandfather and Nurra-din means “confused or tricks” – so meaning my great grandfather got tricked.

Ari, my great grandfather, owned a small catamaran boat. He was working in the trochus shell industry, which was in great demand in the seafood market at that time.
Ari decided to go to Lockhart River, a mission on the east coast of Cape York. He had crew of a few Aboriginal men and they set out sailing back to the Torres Strait Island to work on a reef called the Seven Reef. These seven reefs were known to have tons of trochus shells. When they arrived at Seven Reef they started working. The process was they had to wait for the tide to drop down to walk on the reef and dry pick the trochus shells. My Athe, Ari, was a bit too rough and tough with his crew and didn’t treat them very well.
On one of the reefs, among the seven reefs, when Athe Ari’s crew walked to the breaker during low tide, his right-hand man who was always next to him, waited at the boat for the rest of the crew, who had to dry pick the trochus shells. When Athe Ari’s crew started picking the shells, one of them decided to come up with a plan that they will trick Athe Ari, to get him on the reef out of the catamaran. They all agreed on the plan, and one of the men ran back to the other side of the reef to lure Athe Ari to walk to where they’ve seen so many trochus shells.

So, this man, when he got to the boat, he yelled “Athe! Athe! Plenty of trochus shells – too many. You come too”. This made my Athe Ari so excited and he and his righthand man took the remaining buckets to pick the trochus shells. Athe Ari was a giant man just like most of the Pacific islanders, so he was walking slowly along the reef to the other side where his crew were. When Athe Ari came closer to his crew, he suddenly saw with the blink of this eye, his Aboriginal crew running back to the boat as fast as they could. Athe Ari quickly grabbed his righthand man, who was also an Aboriginal, in case he might also run off with them.
This is when my Athe realised that he had been tricked. Athe Ari then said to his righthand man, we’ll have to quickly build up a hill from these rocks and brain corals, so when the tide rises, we might be able to survive. So, both started breaking up brain corals and loose rocks and started building the hill on the reef. When the tide rose to its peak, the hill wasn’t high enough and both were washed away to their death. Currents were unpredictable could run as fast as 6-8 knots, and the tide would have risen quite high.

A month later people started wondering where Athe Ari and his crew were. It was then some of his crew were found back at Lockhart River mission and were questioned by the local policeman, and they said their story telling how Athe Ari ill-treated them on the sea, so that’s why they had to trick him to his death.

A group of few Pacific Islander man decided to go on a rescue mission in case they might find Athe Ari. When they got to one of the seven reefs, they saw the piled up rocks from a distance and when investigating it closer, it confirmed to them that Athe was washed away. They only had tears and spoke to his spirit, in traditional and customary way, and went back to home as the tide rose again over the rocky hill on the reef. 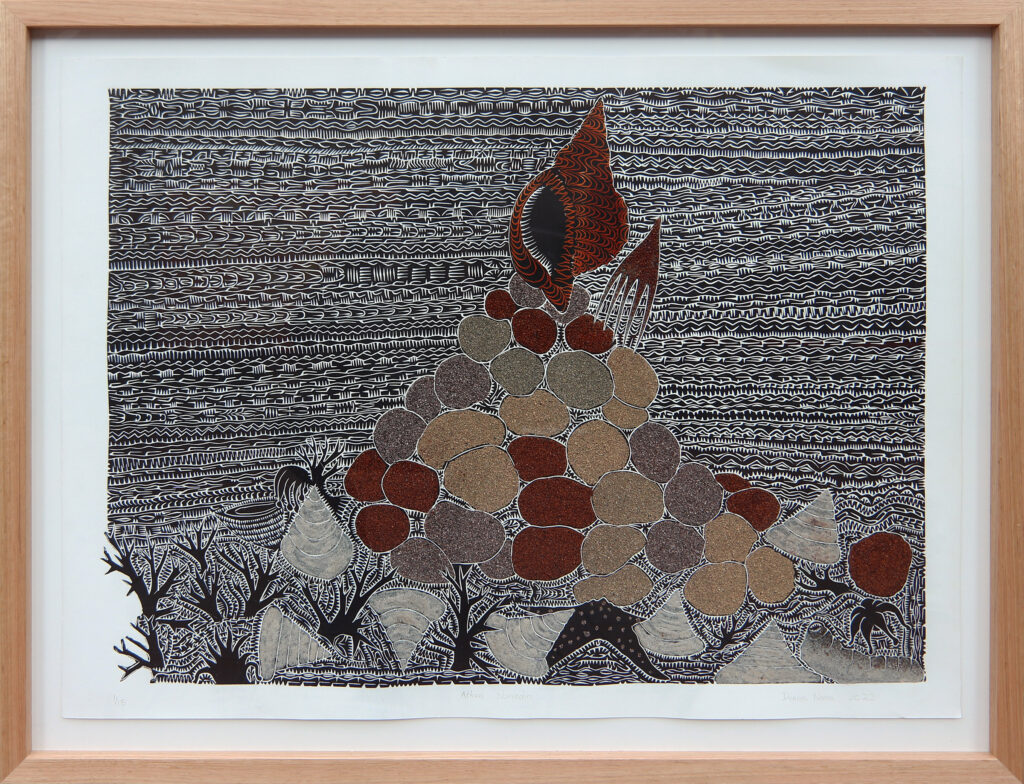