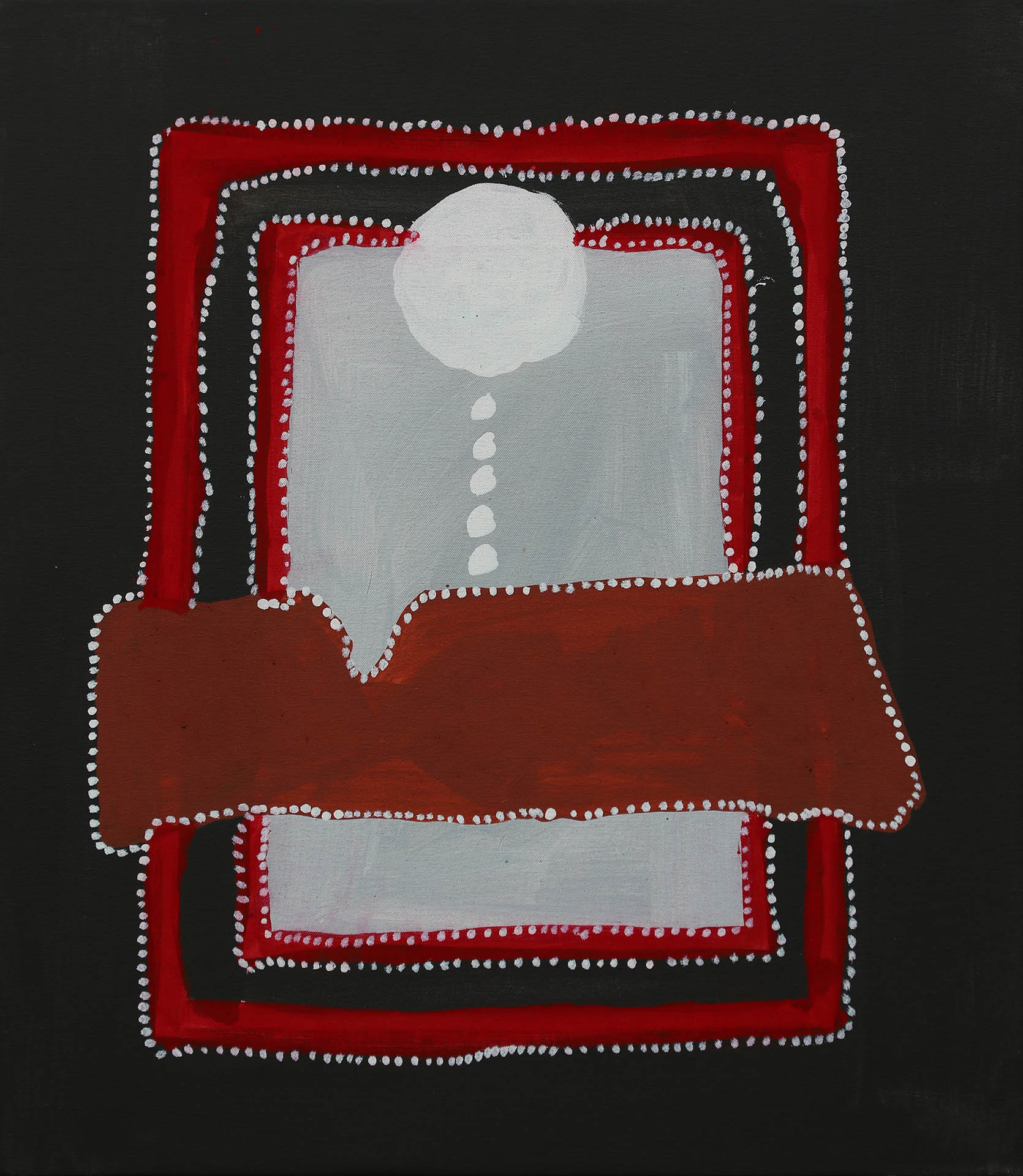 Jack’s full name is Jack Dale Mengenen. He was born in the bush on Mount House Station about 1923. His mother, Moddera, was an Indigenous woman traditional to the Komaduwah clan estate that falls within the Mount House Pastoral Lease. The land enclosed by Komaduwah, as with the nearby estates of Winyaduwah and Warrakali, is characterised by steeply rising ranges interspersed with small plains, fast flowing wet season rivers that slice through deep gorges and mysterious billabongs shaded by pandanus palms and paper bark trees. Through the eyes of Indigenous people, tutored in knowledge evolved over thousands of years, these estates are ruggedly beautiful places of great abundance. Paradoxically for people less well tutored and adapted, the seductive appeal of these estates can easily give way to unforgiving circumstances that have more in common with death than with sustenance and nurture.
Jack’s father, Jack Dale the frontiersman, according to oral accounts was a hard living man, concerned for little more than the moment. Reputedly he died as violently as he had lived, and his remains were placed in the hot Kimberley earth with little ceremony or sorrow. Jack was a small boy when his father died and his knowledge of him derives largely from stories told by his mother and pastoral workers in later years. There are no records of Jack’s birth. A conservative estimate of his age based on information gleaned from the headstones of several lonely graves places him at no less than 78 years. He was born at a time when it was not uncommon for the infants of traditional women fathered by white men to be killed at birth. Such deaths could occur following instructions issued by a pastoralist, his representative, or senior Indigenous men and women concerned about future threats to traditional authority and social order. Whatever the deliberations that took place in the first few days of his life, Jack Dale is uncertain as to how or why his life was spared. Following the death of his father he grew up in the bush with his mother’s father. During this time he learned a lot about traditional law, Narrungunni and became well acquainted with station beef slain with a ‘shovel-nosed spear’.
As the child of a black woman and a white man, Jack Dale lived with the constant threat of being abducted by the police and the prospect of forced removal to institutions that neither he nor his extended family could have ever conceived of. But he was kept in the bush out of view of patrols and trackers. Children of Jack’s background were often sort after by pastoralists who saw in them the potential for specialist labour believing them to be well adapted for the rigours of open range stock work.
The political ascendancy of the pastoralists at the time also gave this youthful labour some protection from the police.
The pastoral industry provided young Indigenous men with tempting incentives. In particular, many sought the prestige conferred upon people who displayed great courage and elegance in the management of spirited horses and for throwing massive wild bulls to the ground by the tail and strapping their legs together. Jack Dale is revered among old stockmen as a man who was never thrown from a horse and never beaten by a beast. Whether black or white they warmly describe him as a skilled, tough, uncompromising stockman and bushman. Retirement has always sat heavily on Jack Dale. In recent times he has sought to rediscover and revive his experiences of bush life through art. Neil McLeod from Burrinja Gallery worked with him in 2000 and Jack came to Melbourne in March of that year. It was the first time he had left Western Australia. Jack painted nearly every day he was in Melbourne, but says he does not want to come back. He does not like flying! His work represents a unique first hand pictorial account of a largely unknown and never to be repeated chapter of Australian history.
Jack Dale is Kimberley personified. His life has been filled with the unique experiences of a quick witted and honest man. His sometimes mischievous, though subtly crafted humour reflects his mastery of Ngarinyin, the language of his birth, and several other Indigenous Kimberley languages. He is as real and as fair dinkum as it gets.
KEVIN SHAW
Consulting Anthropologist

Notes re the ochre colours used by Jack Dale

Yellow – Gum Bar Ru
Frilled Neck lizard fat and carpet snake.
There are certain rocks which represent the fat (kidney fat). When yellow colour is needed this rock is broken.

Red – Jimbiri or Jadal
The dark red ochre is the colour of Wadi the Nightjar bird, we call Jimbiri.
The light red is Jungun Nightjar Jadal.

White – is the droppings from the snake, eaglehawk and perentie lizard.
The aboriginal name is Unmul.

Black – No Wandjina made black, it is just burnt logs. We don’t have to go far to get it. Black represents the colour of our skin.