Dennis Nona is widely acknowledged as one the most important Torres Strait Islander artists and is represented in the collections of many institutions and private collections globally.

Born on Badu Island in 1973 he was taught as a young boy the traditional craft of woodcarving. This skill has been developed and translated into the incredibly intricate and beautiful linocuts, etchings and sculptures created by Dennis Nona since the commencement of his art practice in 1989.

Nona pioneered the development of the highly intricate linocut prints unique to the Torres Strait Islands. He has documented, in a vivid visual form, the ancient myths and legends of his island and the wider Torres Strait that had previously been transmitted by oral story telling and dance.

He uses a more graphic way of storytelling. Instead of a work based on a single image like that of the traditional Torres Strait Islander art, he introduced many, following what was being done by mainland Aboriginal artists. In this way he could relate an entire narrative in one single work with all the characters and events in one image. To link the work he introduced a matrix of delicately lined clan patterning, so binding the entire story to its place of origin. Since this breakthrough, the intricate designs and bold figurative imagery created by printmakers like Nona, have given local culture a vital reinvigoration. Today they are central to a cultural revival and elders now refer to them to help them to relate ancient stories to others. These were fast fading from common knowledge and being lost to new generations of Islanders suffering the cultural dislocation often imposed by the impact European settlement and influence.

Within Nona’s work there is a celebration of island myths and legends, of how humans, animals, plants and landscape took their meaning from epic or magical events in the past. It was a culture where fighting was glorified and warriors were held in high esteem. Legendary heroes wore distinctive local headdress and masks. They played drums and used objects associated with their ritual ceremonies and dances. It was a culture of head hunters, cannibalism and raiding parties that attacked homes built in tree tops. It was a society where men, women, sorcerers and witches came to their final grief by being transformed into sea creatures or cast into the sea to become the islands and rocky outcrops evident throughout the Western Torres Strait Islands today.

Art Mob has represented Dennis Nona since 2004 and now holds most of his available commercial stock. 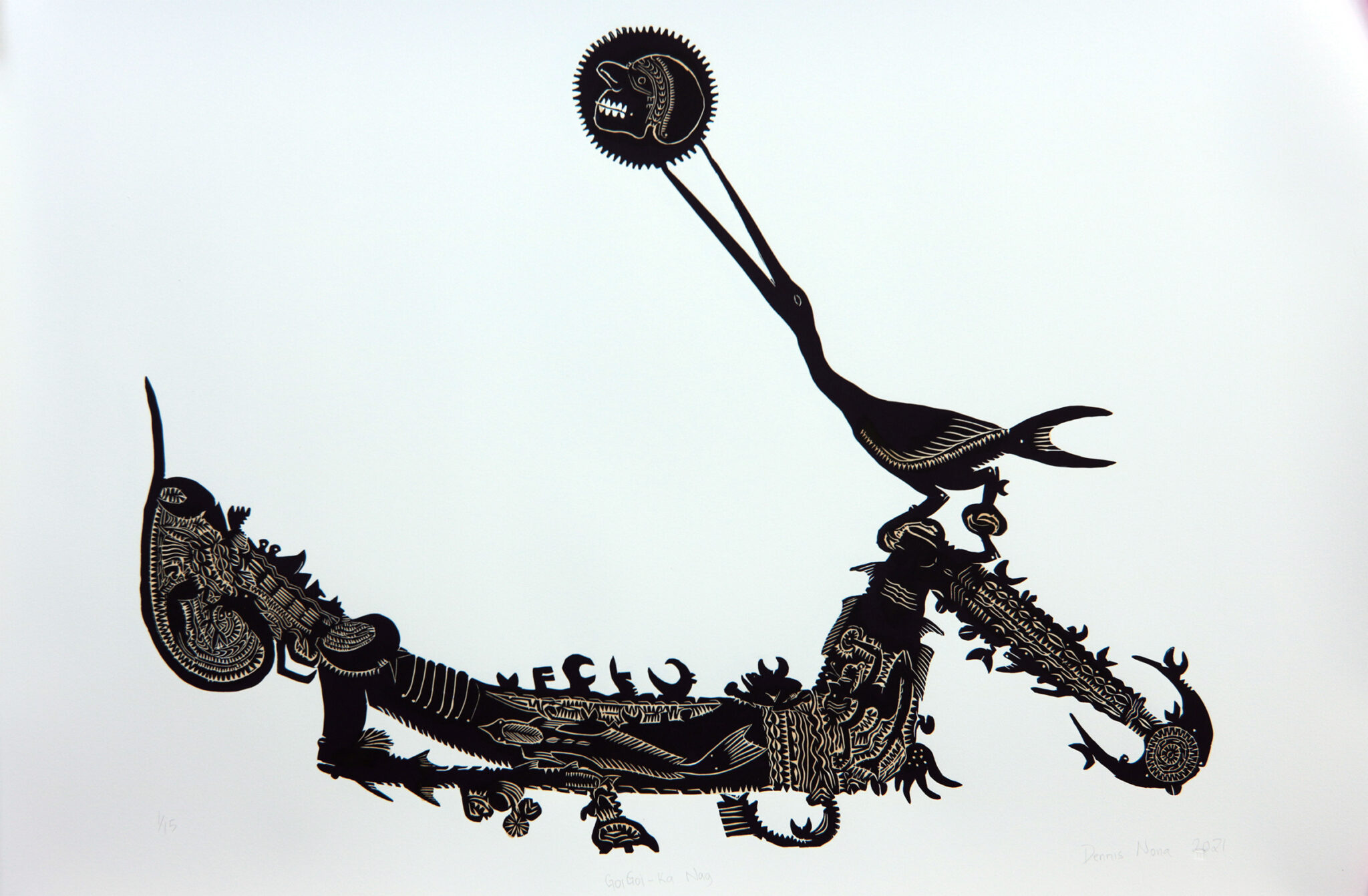