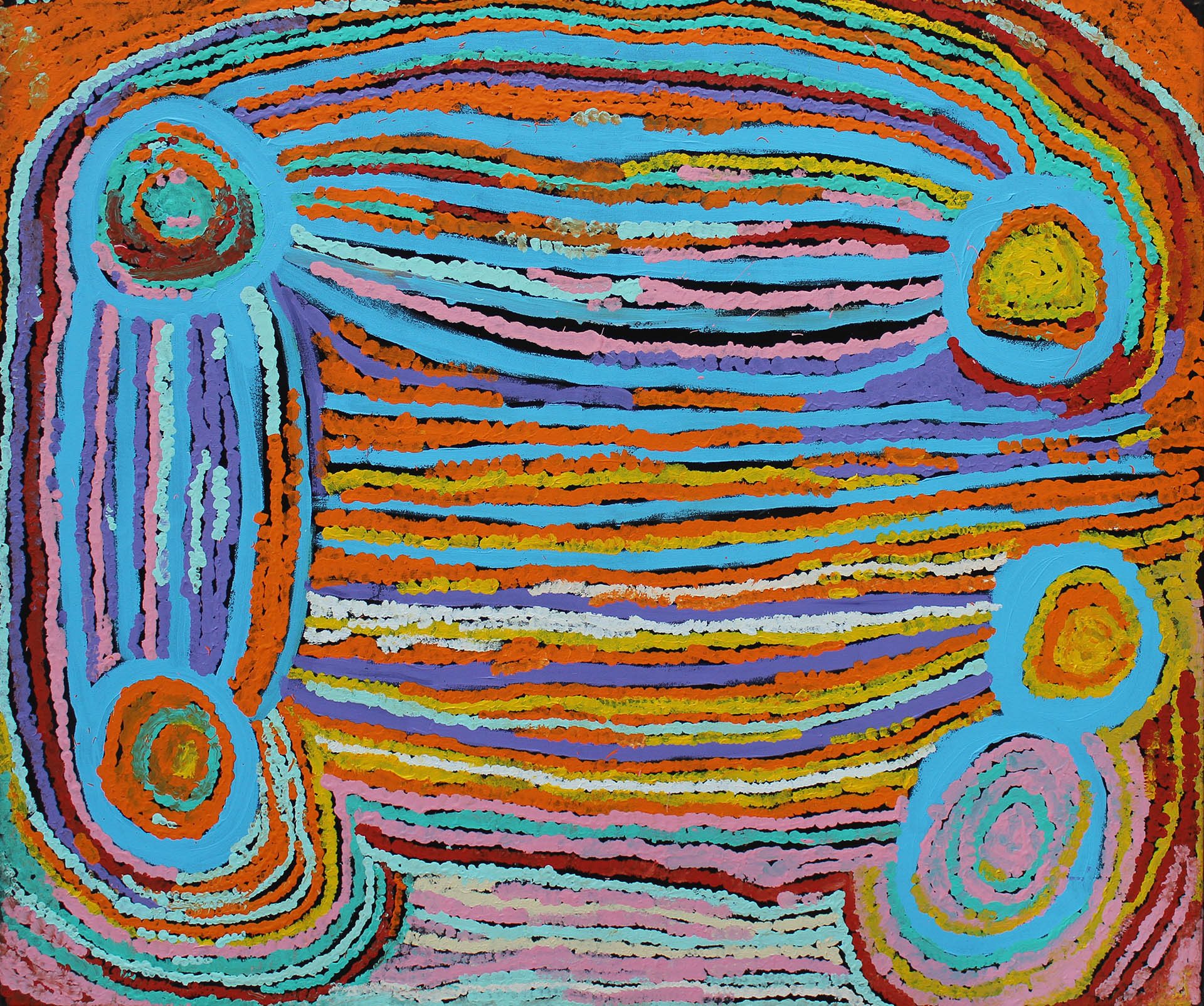 Tjayanka Woods, a senior Pitjantjatjara artist, was born around 1935 close to Kalaya Piti (Emu Water) near Mimili and Wataru, South Australia. When she was a baby her mother and father were chased by Aboriginal soldiers from elsewhere who were killing anangu. She lived a semi-nomadic lifestyle in the bush, frequently camping at Kalaya Piti where they would hunt ngintaka (goanna), tinka (lizards), kalaya (emu) and rabbit and gather bushfoods such as kampurarpa (desert raisin), ili (figs) and maku (wood grubs). Walking long distances in the desert where traditional knowledge is vital to survival she acquired an intimate understanding of the environment and the tjukurpa connected with it.

As a child Tjayanka learnt to carve utilitarian objects such as wana (digging sticks), piti (bowls), wira (digging scoop) and kanilpa (basin for collecting and yandying seeds); sculpt figurative objects and decorate punu (wood) with burn-marks; spin hair string on a fragile hand spun spindle and weave manguri (head rings) and ceremonial belts from hair and emu feathers; and make medicines and resins from local flora including the aromatic herb irrmangkairrmangka and grass-tree. Tjayanka continues to maintain a prolific craft practice. Along with Wingu Tingima and Angampa Martin she often sits beside a camp-fire weaving multi-coloured baskets surrounded by bags of raffia, tjanpi, emu feathers and camp dogs.

Tjayanka refers to the Minyma Kutjara Tjukurpa (Two Sister Dreaming) in her paintings. They are structured like mud-maps, tracing the journey of the two sisters around the perimeter of the canvas. Using a rich palette, Tjayanka’s images are painterly, lavish and nuanced. Confident gestural lines, some made with a single brushstroke and others by strings of dots, link the rockholes and landforms created by the sisters as they walked through the country together. Incorporated into the painting is the flight of an eagle, her grandfather, who flies above the path of her sisters. ‘This is my father’s country close up to Irrunytju. The two sisters were travelling through this country. My grandfather, his is this eagle in my painting. We can see where he flew.’