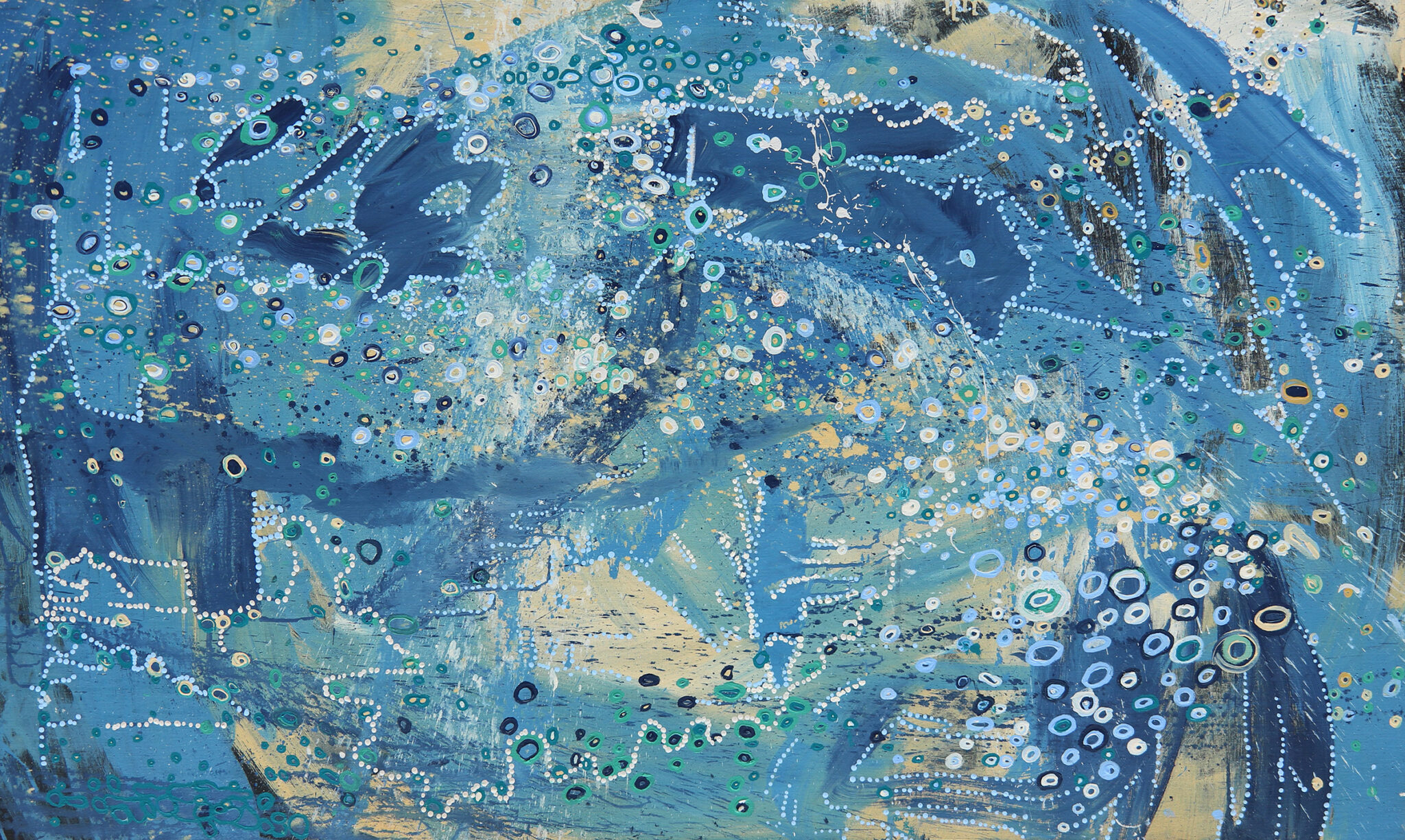 Steven Jupurrurla Nelson was born 30 August 1978 in Alice Springs, NT. He is a lifelong resident of Yuendumu, a remote Aboriginal community approximately 300 kilometres northwest of Alice Springs on the Tanami road. He was raised by his late mother, Nora Nungarrayi Jurrah, and his stepfather, Frankie Jakamarra Nelson.

His father John Jampijinpa Brown was a resident of Papunya. Steven has two siblings from the same mother but different fathers. His brother Greg Jupurrurla Wood, who lives in Uluru, is a ranger. His sister was Roslyn Napurrurla Gibson (deceased).

Steven began painting at Warlukurlangu Artists Aboriginal Corporation in late 2014 after working at the art centre for some time. He typically paints ‘janganpa Jukurrpa’ (brush-tail possum Dreaming). His country is located near Nyirrpi, another remote Aboriginal community approximately 170 kilometres west of Yuendumu. His mother’s and grandfather’s country is also in this area. His mother’s country includes the Nginyirrpalangu outstation. His grandfather, Banjo Patterson, owned country that includes Ngarupalya.

Steven enjoys the work and process of painting at Warlukurlangu. He loves to go into the community art centre every day to paint. His works are recognized for their texture and bold use of colour. When he is not painting, he likes to relax at home, walk around the community with his dog Xena, and go hunting for kangaroos.

Established in 1985, Warlukurlangu Artists is one of the longest running and most successful Aboriginal-owned art centres in Central Australia.