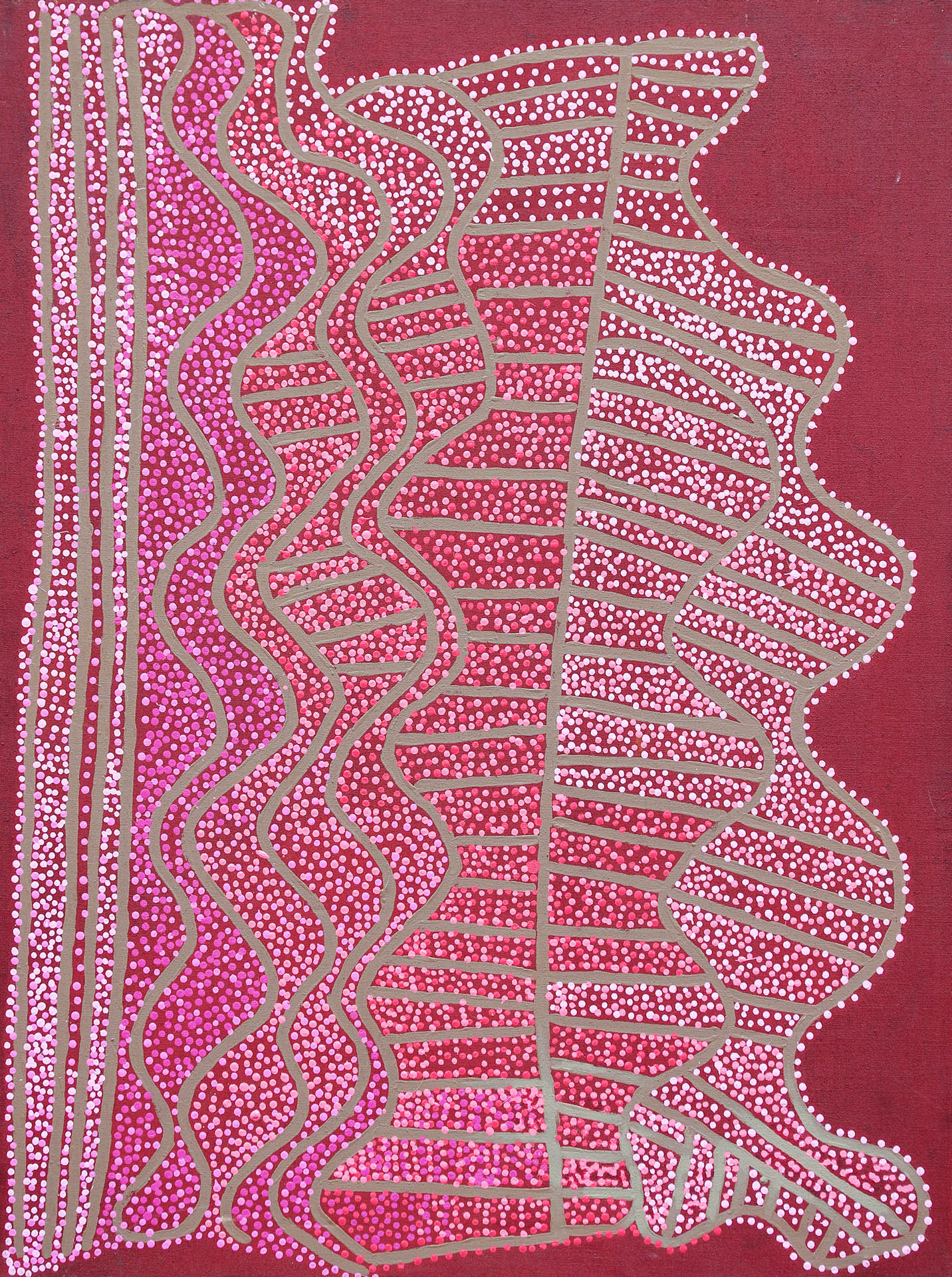 Shorty Jangala Robertson was born at Jila (Chilla Well), a large soakage and claypan north-west of Yuendumu. He lived a nomadic hunter-gatherer lifestyle with his parents, older brother and extended Warlpiri family. They travelled vast distances across desert country, passing through Warlukurlangu, south west of Jila and Ngarlikurlangu, and north of Yuendumu, visiting Jangala’s skin brothers.

Shorty’s childhood memories consist of stories associated with the Coniston massacre of Aboriginal people and the shooting of families at Wantaparri, which is close to Jila. Shorty had virtually no contact with white fellas during his youth but remembers leaving Jila for Mt Theo ‘to hide’ from being shot. After his father died at Mt Theo, Shorty moved with his mother to Mt Doreen Station, and subsequently the new settlement of Yuendumu.

During World War II, the army took people from Yuendumu to the other Warlpiri settlement at Lajamanu. Shorty was taken and separated from his mother however she came to get him on foot and together they traveled hundreds of miles back to Chilla Well. Drought food and medical supplies forced Shorty and his family back to Yuendumu from time to time. His working life was full of adventure and hard work for different enterprises in the Alice Springs Yuendumu area. He finally settled at Yuendumu in 1967 after the Australian Citizen Referendum.

It is extraordinary that in all his travels and jobs over his whole working life, Shorty escaped the burgeoning and flourishing Central Desert art movement of the 1970s and 1980s. Thus Shorty’s paintings are fresh, vigorous and new. His use of colour to paint and interpret his dreamings of Ngapa (Water), Watiyawarnu (Acacia), Yankirri (Emu) and Pamapardu (Flying Ant) is vital, yet upholding the Warlpiri tradition. This accomplished artist was an active member of Warlukurlangu Co operative. He lived at Yuendumu with his wife and artist Lady Nungarrayi Robertson.