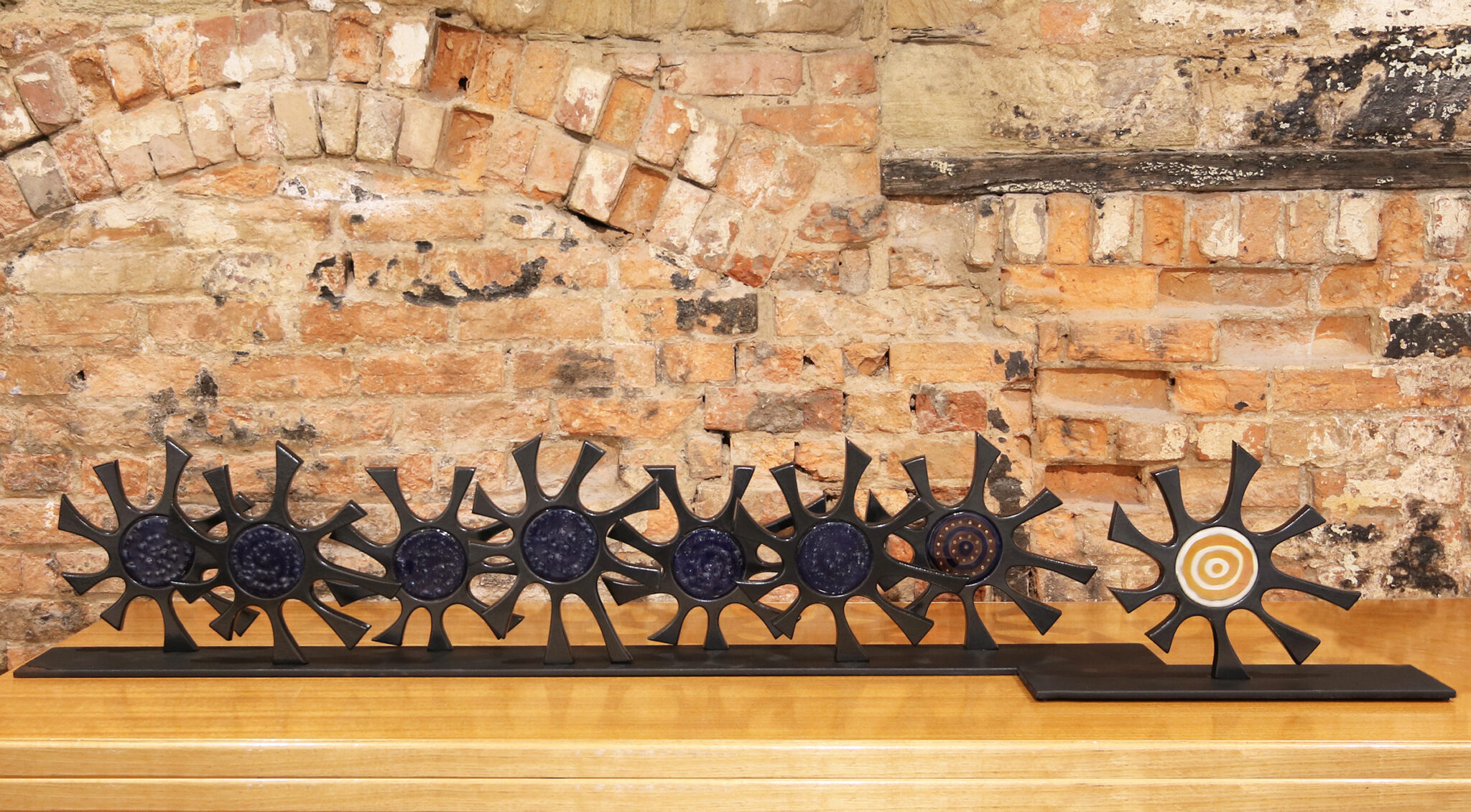 Sam Juparulla Wickman was born in Alice Springs in 1952, the traditional country of his Father, the Arrernte Nation of Central Australia. Sam’s Aboriginality comes from both his mother and his Father. His Mother was a full Ceremonial woman of the Luritja, Pitjantatjarra, Yankuntjatjarra people south of Alice Springs.

Sam also has strong links to the Warlpiri Nation through his ceremony obligations. Sam is a Wati (fully initiated man) from Central Australia, and his art reflects this.

After a 15 year career in the public service, initially in Canberra, and then in the Northern Territory working extensively in the Aboriginal Community in northern Australia, Sam decided to attend University.

In 1988 he enrolled at the Australian National University where he graduated with honours, majoring in Archaeology. Sam is presently reading as a Post Graduate Student at La Trobe University Melbourne and also works as a Research Assistant at the Centre For Australian Indigenous Studies at Monash University in Melbourne.

Sam has been working with glass as a medium since the year 2000 with Paul Sanders and Summer Matthews, with whom he shares a studio. His Interest in glass stemming from a research paper he completed “Glass in the Aboriginal tool kit” referring to the manufacture of glass tools.

Sam with Paul and Summer has investigated various ways to incorporate Aboriginal iconogrophy on to glass surfaces resulting in innovate studio glass practice which now stands as a signature to the studio.

Sam is recognized as a leader in his chosen medium demonstrating that Aboriginal art is not static and that his culture is very much alive. Sam’s glass art works are generating a lot of interest with Aboriginal art and glass collectors alike and he has been invited to attend at the prestigious Wheaton glass conference in the US for 2005.

Sam and his partner Nicky have two lovely sons, Leeroy Jagamarra and Sam Jagamarra.
The glass art of Sam Juparulla contains images of sacred men’s business ceremony from in and around the MacDonald Ranges of Central Australia. The ranges stretch across central Australia like a huge boomerang for over four hundred miles and are the home place of many Ancestral and Dreamtime (Jukurrpa) sites. Sam Juparulla is a Wati (an initiated ceremony man)

Sam Juparulla is a founding member of Australia’s leading indigenous art glass studio, Bonegilla Glass with partners Paul Sanders and Summer Matthews. Sam is recognized as one of Australia’s leading emerging indigenous artists and has already seen his work sought after by both glass and Aboriginal art collections including Sydney City Council and Aboriginal Affairs Victoria as well as many other overseas and Australian private collections.