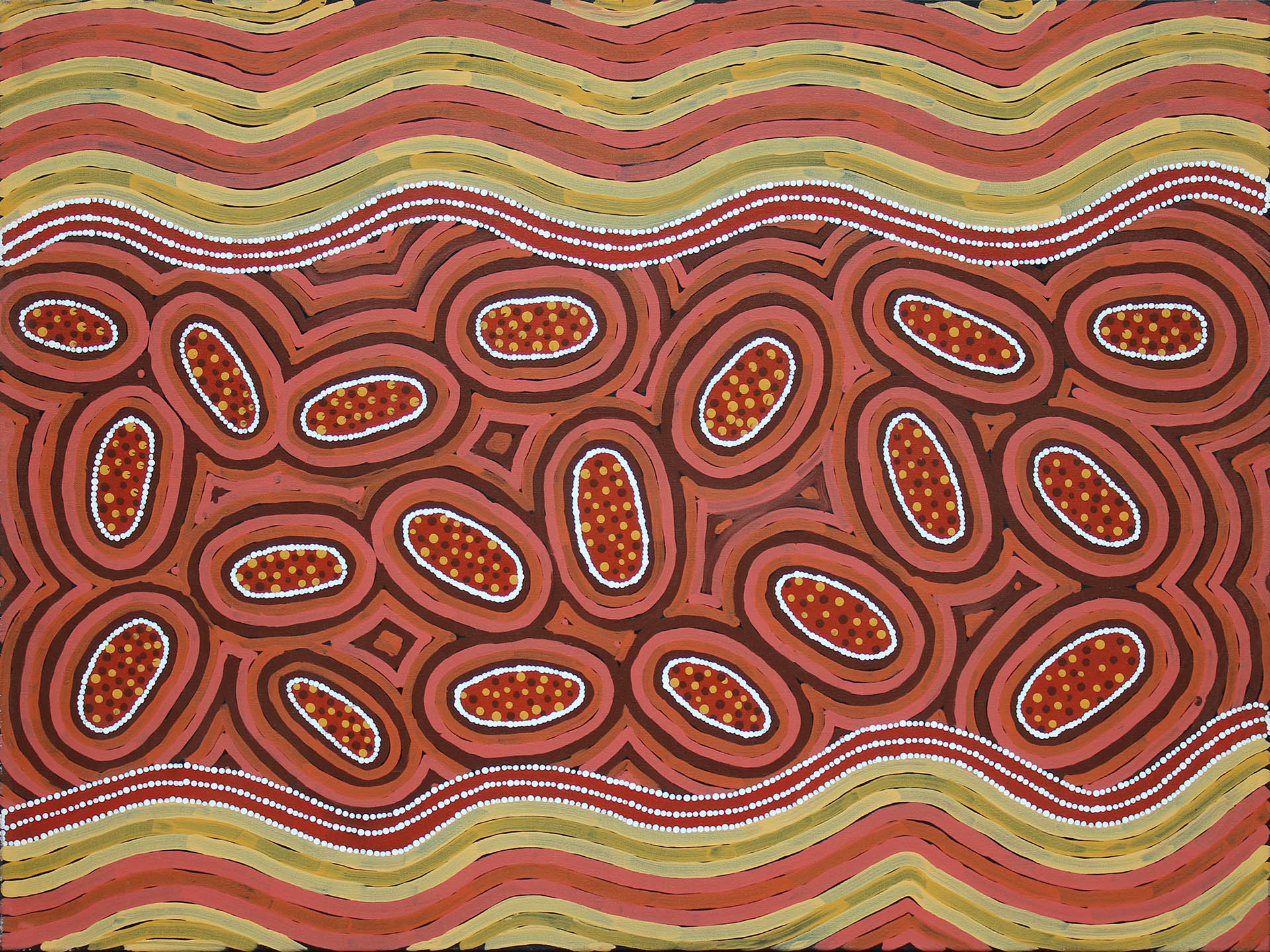 Born in 1961 at Yuendumu, Northern Territory and a member of the Warlpiri tribe, Rachel began painting in 1985. She was the half sister of Dorothy Napangardi and recalled Dorothy coming in from the bush (Pintupi country) to Yuendumu in her youth.

Her country was Chilla Well, west of Yuendumu in the Northern Territory, living sometimes at Yuendumu and sometimes at Hidden Valley, a town camp on the edge of Alice Springs, where she worked with other accomplished painters such as Audrey Martin Napanangka.

She was married to the late Isaac Yama.

Rachel was taught to paint the Dreamings by her late cousin Eunice Napangardi. She painted primarily for Art Mob and had travelled to Hobart 4 times. She was a proud Warlpiri woman who loved hunting and dancing.