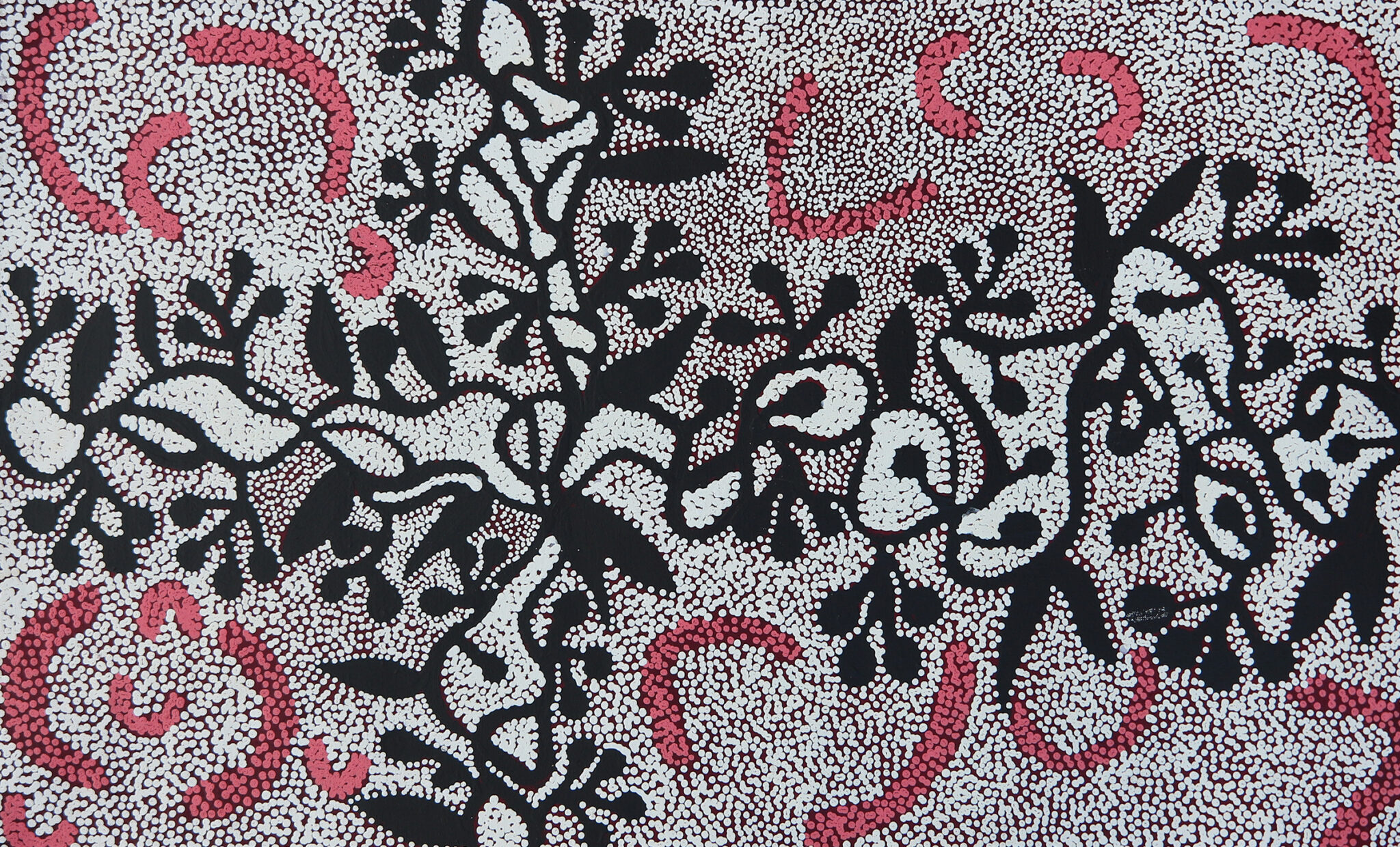 “I like the Aboriginal colours, the desert colours¬–red, black, white, yellow, orange and brown.”

Queenie Nungarrayi Stewart was born in Alice Spring’s Hospital but lives in Yuendumu, a remote Aboriginal community located 290 km north-west of Alice Springs in the NT of Australia. She is the only daughter of Paddy Japaljarri Stewart, the Chairman of Warlukurlangu Art Centre, an Aboriginal owned and governed art centre located in Yuendumu, and one of its founding and most long-standing artists and also one of the main artists of the Yuendumu School Doors.

Queenie grew up in Yuendumu and attended the local school. She has two children, Dion and Bevan from her first marriage and several grand-children. She is married to Edward Jangala Smith, also a painter with the art centre.

She has been painting with the art centre since 1997, often painting together with her father and learning the large number of traditional Dreaming stories. Both Paddy Stewart and Queenie are traditional owners of the land where Yuendumu is located. She likes painting all the time, painting on canvas and linen and sometimes painting beads, coolamons or music sticks.

In 2002 Queenie travelled to Sydney with the Warlukurlangu Artists to represent her paintings in a Group Exhibition.