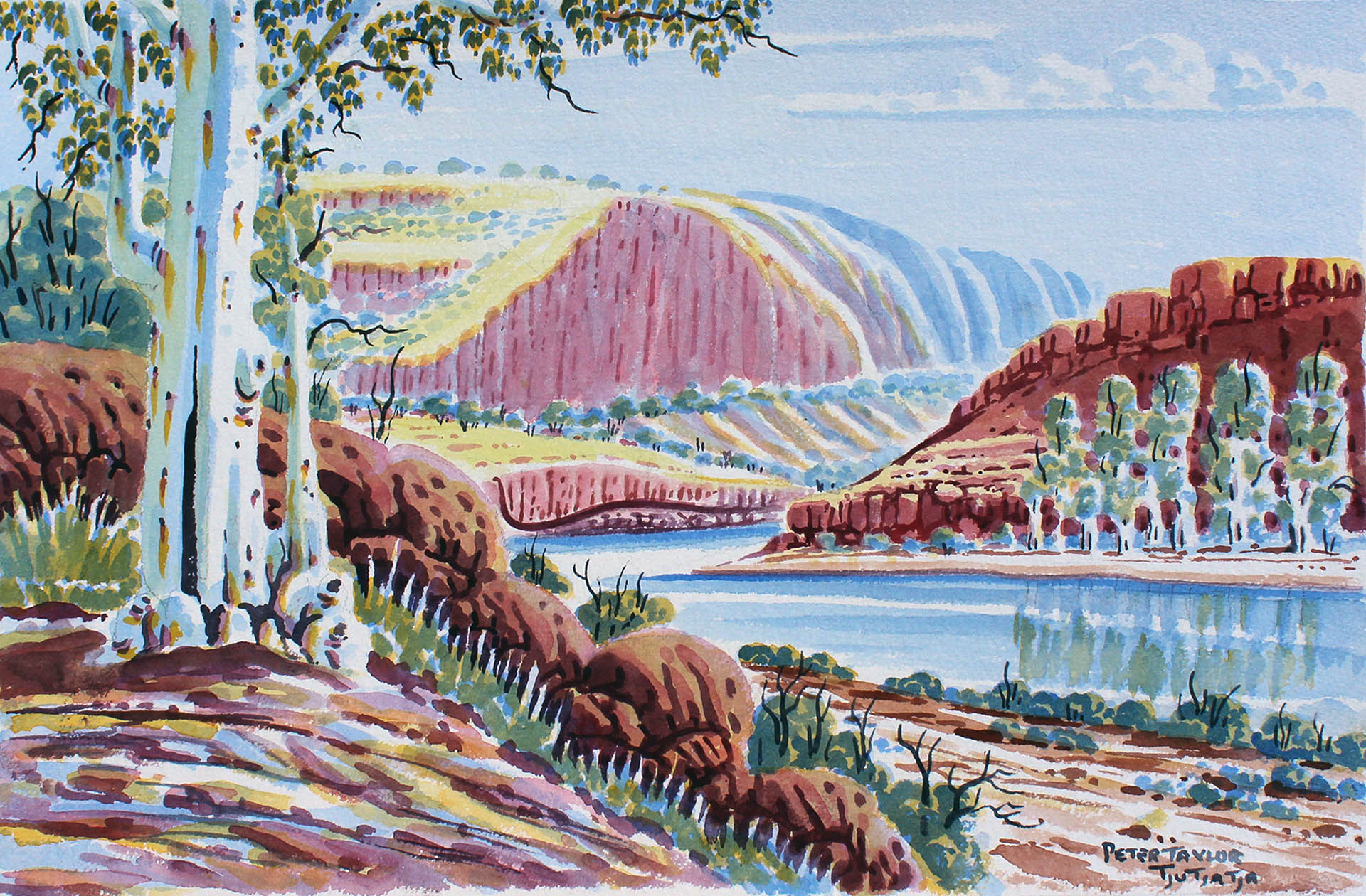 Peter was born at Oodnadatta, South Australia in 1940 and comes from a large family. Peter’s father was a Arrente man from Bond Springs, who worked as a station hand in the central desert region. His mother was a Luritja women from Ernabella. As a small boy Peter accompanied his father as he worked stations from Horse Shoe Bend through to Hermannsburg, 120km west of Alice Springs.

These early years in Hermannsburg shaped Peter’s life-long interest in painting. Not only did the picturesque location of Hermannsburg (set amongst the West MacDonnell Ranges) capture his imagination, but the example set by Hermannsburg artist, Albert Namatjira, inspired him to become a painter. Later he viewed original paintings by Albert Namatjira in the home of Dr Charles Duguid (former of the Ernabella mission) where his sister worked and was particularly inspired by an exhibition of his paintings he saw in Adelaide. He spent his childhood at the Bungalow at the Telegraph Station in Alice Springs, but then moved to South Australia to a boys’ home at Mount Baker, The Barton Boy’s School and the School of Mines.

After completing his schooling in Adelaide Peter returned to live in Alice Springs. As a young man he spent many hours painting alongside Clem Abbott and Keith Namatjira – Albert Namatjira’s son, who often accompanied his father, travelling to Sydney with him in 1956. Peter further developed the initial drawing and painting skills he’d learnt at school by observing these artists. Keith has particularly crisp style of painting, with linear detail often highlighting broader areas of clear colour. Peter’s landscapes, which glow with light, are formally structured to present intricate patterns of shape, line and texture, through vibrant contrasts of colour and tone. Pathways, in the form of tracks, dry creek beds, or the Finke River, predominate through the centre of his paintings, leading the viewer on journeys which are both physical and spiritual. Peter painted all of his adult life and was a skilled mature watercolour artist. His reputation was established by his inclusion in the 1991 national touring exhibition University Art Museum.

Sadly, Peter was killed in a single car accident in December 2014.