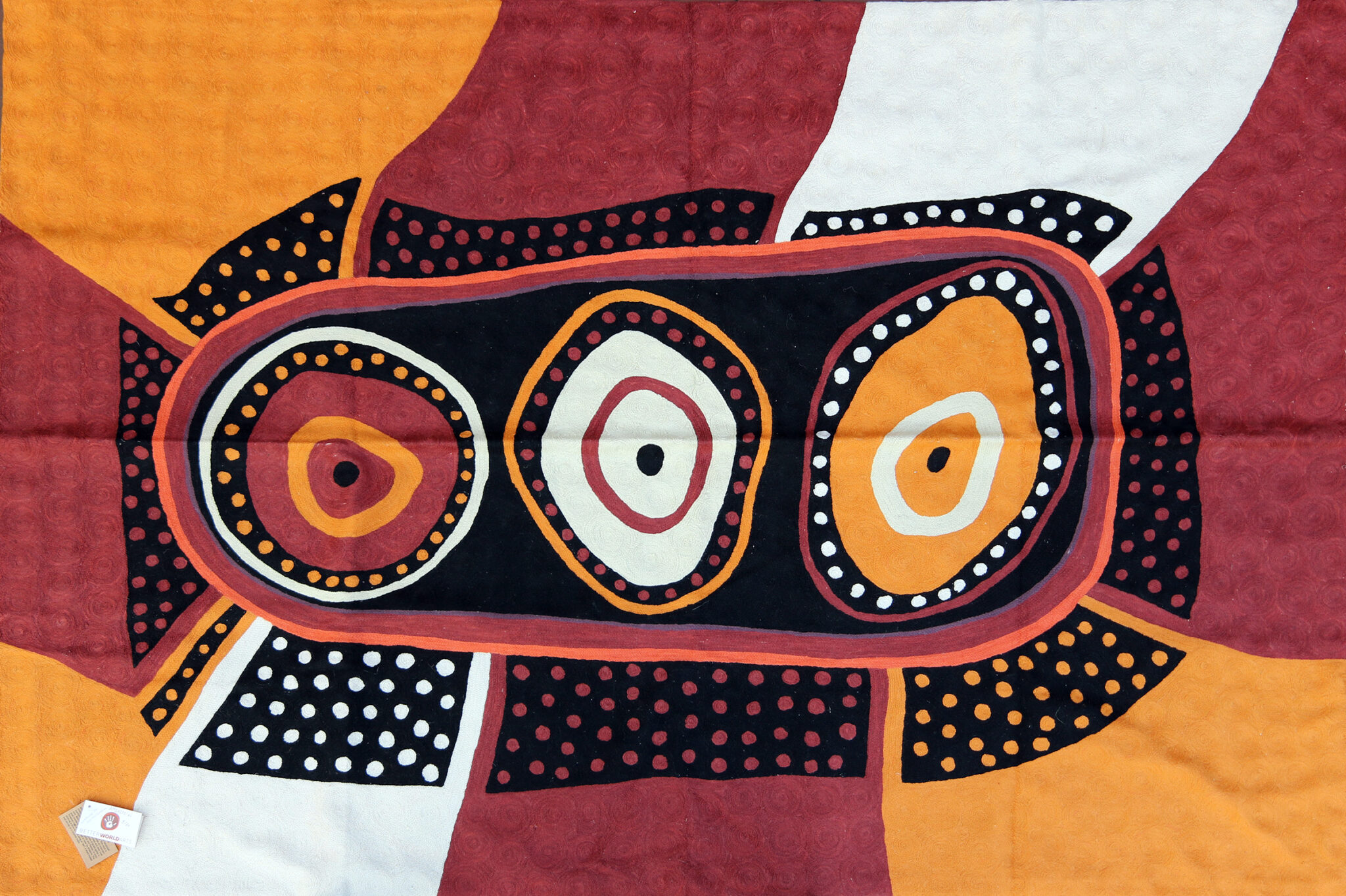 Nina was taught to paint by her father, Romuald Puruntatameri. As a 14 year old, she would come home from school and work with him, painting his spears. Nina has worked at both Nguiu Adult Education and Munupi Arts & Crafts doing bark painting and screen printing. She now lives at Pirlangimpi and works on linen, etchings and linocuts. In 1993 Nina won the Award for New Medium at the National Aboriginal and Torres Strait Islander Art Awards in Darwin, providing recognition for her skills in etching. Nina has 4 children; Nikita, Cameron, Cassie and Jayden.