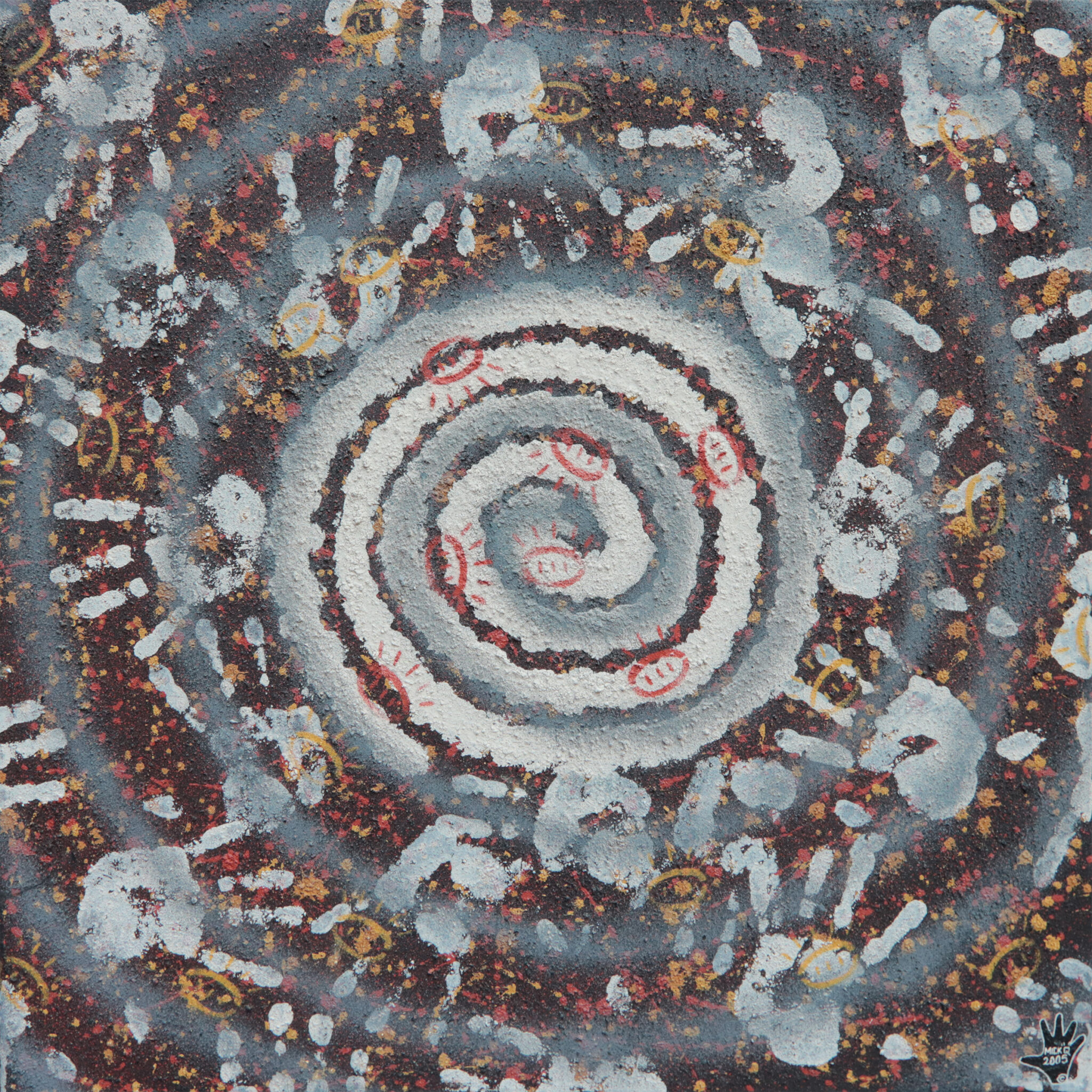 Mick Quilliam was born in Hobart 1967.

Mick’s greatest influence in life was his Grandfather. From the age of 2, Mick spent most of his spare time helping his Grandfather maintain a market garden in Southern Tasmania. Mick’s Grandfather shared his passion for the bush, and although Mick’s Aboriginality stems from his Grandmother’s line, the opportunity to learn about the bush was introduced and encouraged by his Grandfather. Mick’s inquisitive nature influenced his love of the Tasmanian bush and its wildlife and inspired him to explore the habitat.

At the age of 16, Mick’s grandfather passed away. Following his loss, Mick focused on regaining his identity through painting the animals from the bush he had explored with his Grandfather. Mick still uses his painting as a form of relaxation and a way to remember the experiences he shared with his grandfather. Mick has been painting now for 20 years but it has been a full time career for the past 5 years.

Mick lives at Bicheno and continues to be inspired by life experiences, both past and present, through stories, events, memories and people who have had a profound impact on his life. The influences of his natural surroundings reflect strongly in many of his paintings including the use of ochre’s and clays. Mick refers to his work as a visual diary of experiences, like visual story telling.

Most of Mick’s paintings include a written story to assist the viewer with the artist’s interpretation of the painting. His paintings do not reflect the traditional passing of cultural or tribal stories, but they do posses the element of connecting one to Mother Earth. Mick’s paintings are his expressions of his connection at a personal level. Mick believes; if the viewer sees something special in his work, they have also made that connection for their own personal reasons. By making this connection they understand. When people understand, then respect comes without conditions.

The driving force behind his search for inspiration is an ongoing passion for knowledge and understanding of Aboriginal culture and lifestyle, within his own community and others throughout Australia. Regular journeys to other indigenous communities help him to focus on life and reinforce his own identity as well as encouraging Artistic growth. It’s because of this, Mick sees himself as an Aboriginal of Australia, born and raised as a Tasmanian. His ambition is to encourage others to understand that ‘identity of self’ is one of the most important personal achievements, everyone should experience in life.

“Just as I was influenced by my grandparents and parents, I encourage everyone to explore their cultural heritage regardless of race. Ultimately, it is us who shape and influence our children in future generations so their identity is not lost. Encourage your children to explore, understand and appreciate their cultural background – be proud of who you are”. Mick ‘Q’

Over the last few years Mick has emerged as one of Tasmania’s leading contemporary aboriginal artists. Mick’s attention to detail, experimentation with new techniques and personalized subject matter gives him a rare ability to fuse modern mediums into traditional forms. Mick’s exhibitions are contemporary, extremely vibrant and host a unique compilation of works detailing everyday experiences both past and present.

Several Techniques used by Mick have fast become recognized as his artistic trade marks both locally and internationally. Yes…Mick uses dots, almost too perfect in form. Many consider dots are not ‘Tasmanian’. But those who take the time to talk to Mick about each individual piece will soon understand how his use of dots enhance other critical elements of his work. Mick created some controversy very early in his career when he started using petroglyph symbols. Now, they are widely used and recognized as an important element of Tasmanian Aboriginal art. They provoke questions. By doing this we can provide an understanding.