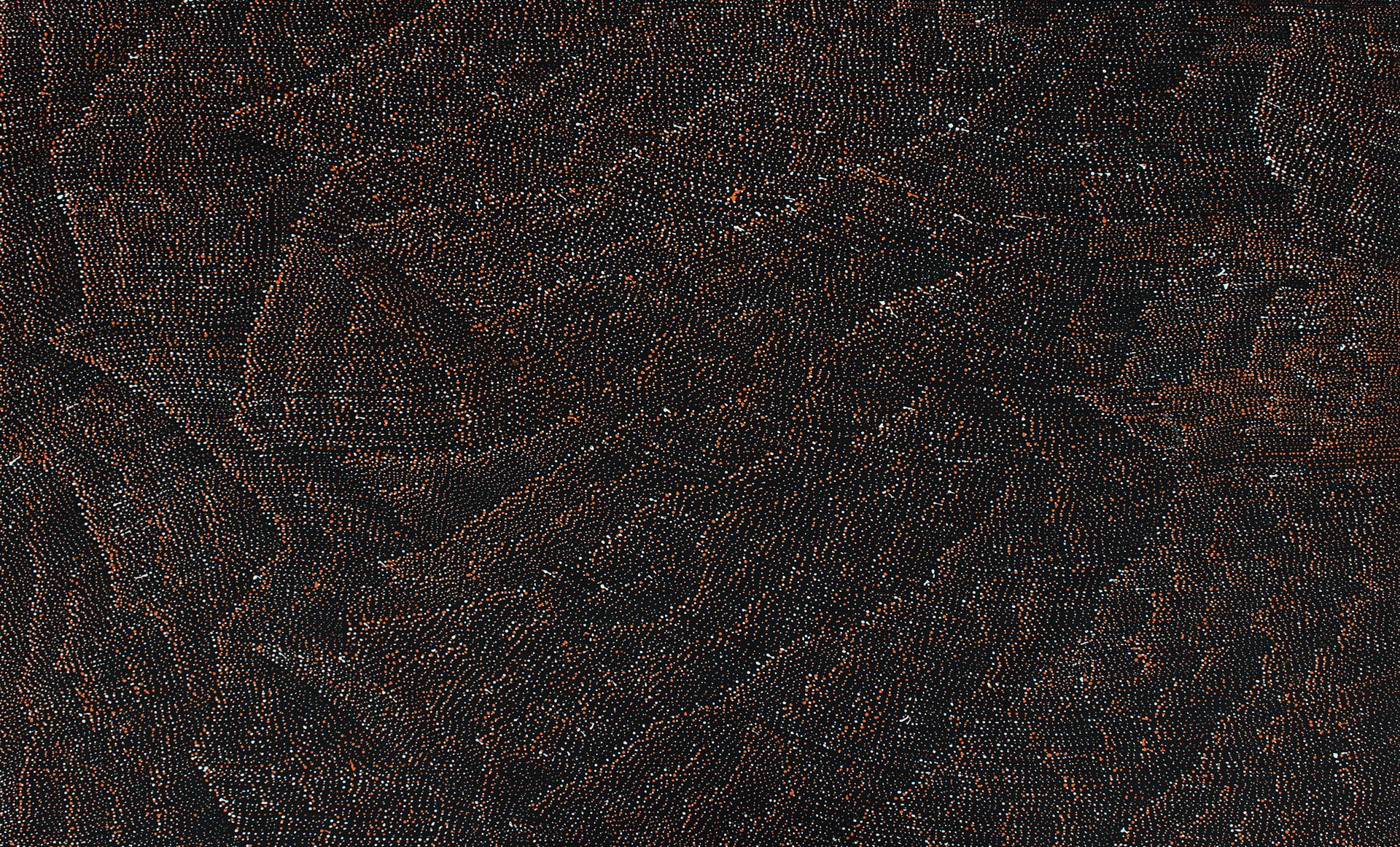 Lilly Kelly was born at Haasts Bluff in 1948 and moved to Papunya when newly established in 1960. While in Papunya Lilly painted for Papunya Tula Artists and in 1986 she won the Northern Territory Art Award. She then moved to Mt Liebig where she still resides today. Lilly has increasingly become a very sought after western Desert artist. Some of Lilly’s accomplishments include being accepted into the 2003 Telstra awards. Lily Kelly Napangardi is a senior law woman of the Watiyawanu community, in the Haasts Bluff area of the Northern Territory, 325 kilometres north-west of Alice Springs. She holds authority over the Women’s Dreaming story associated with Kunajarrayi, and is now teaching younger women traditional dancing and singing.

Her subjects include her country’s sandhills, its winds and the desert environment after rain, especially the sandhills of the Kintore and Connistan areas. Her paintings often note the seasonal changes in this sandy landscape, and the crucial waterholes found in the rocks in the area.

In this mysterious and elemental landscape, the features, such as rock holes and even mountain ranges, seem to appear and disappear with the changing winds and blowing sands. Water marks this land, as the run-off from the rains makes a pattern of lines and striations down the surface of the sandhills.

Napangardi notes the finest microcosmic details but embeds these into a macrocosmic view of the landscape. The ephemeral nature of this drifting, changing country is Lily Kelly Napangardi’s key subject, and the viewer, walking in front of her painting, can sense something of the immersive experience of her country.”