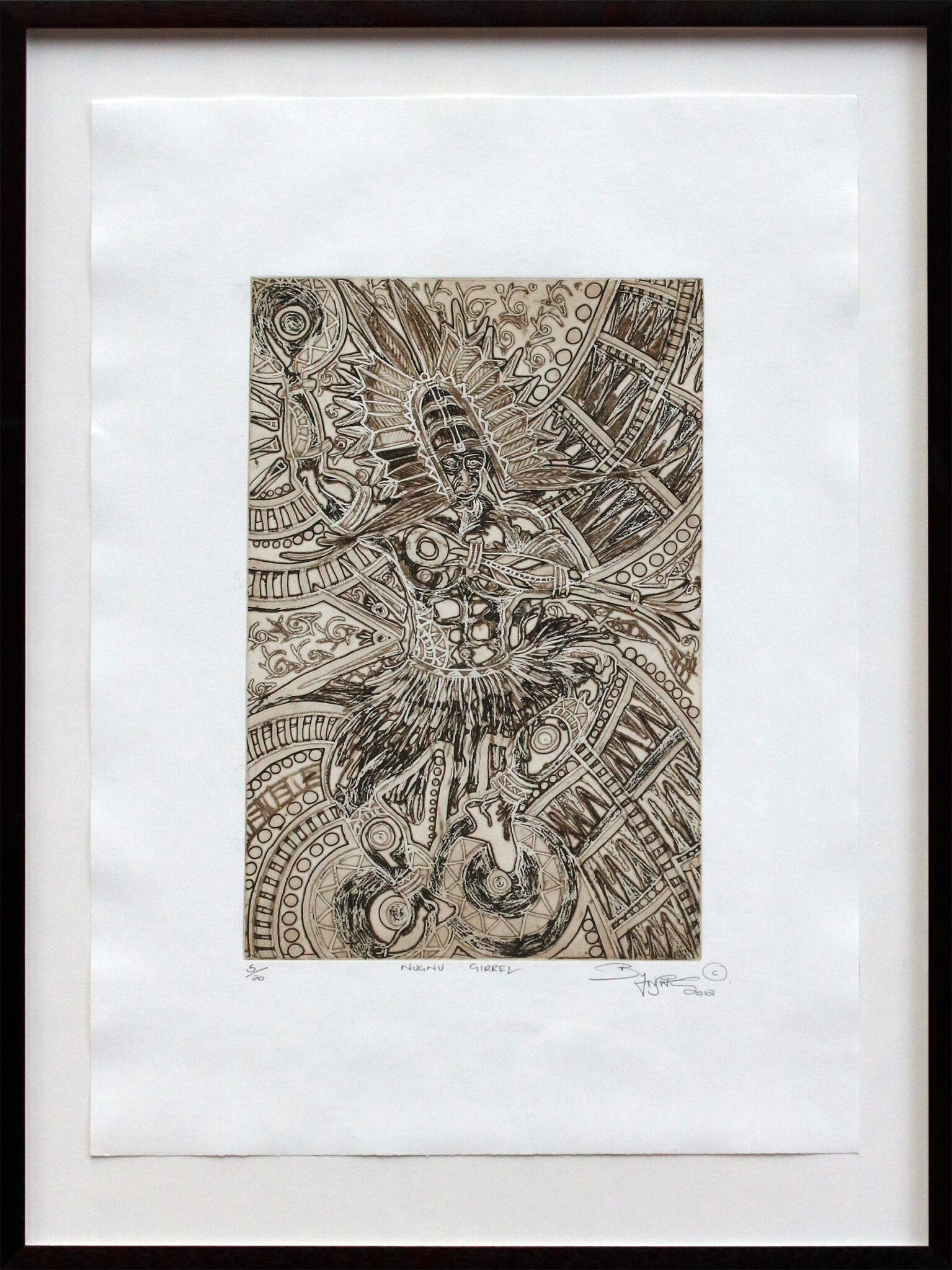 Laurie Nona has been collected by the National Gallery of Australia since the 1990’s and is regarded as one of the most exciting artists in the Torres Strait.

Laurie works beautifully across lino relief, copper plate etching and carving with a unique strength – both in style and symbol. He is ambitious and courageous as an artist, and has successfully completed some superb works including a massive tribal drum, standing over 6 feet tall.

All of Laurie’s work shows his deep connections to, and recognition of the importance of Island culture. His work recognises his place in the greater wider world and shows beautiful relationships with the fish and other creatures from the ocean, the skies and winds, the storms and currents and the Islands of the Torres Strait.

The Turtle and the Dugong are frequent reference points, as are some of his unique symbols – which are the artists signature marks. Little known are his informal collaborations with other artists of significance, including Joseph Au, Dennis Nona and Alick Tipoti – and also his monumental efforts in the early 2000’s in arranging for funding for the Badu Art Centre, and leading the push to have Badu Artists recognised.

A leader and a warrior at heart, “Uncle Laurie” is revered across the Torres Strait and well known for his work. His versatility is almost perhaps without precedent – and he journeys into colour, form and design across his tribal drums, hand coloured etchings and prints. Perhaps one of his greatest strengths is the purity of his line, and the careful and wise balance of form, design and function in his imagery.

Lauries work is highly sought after and is represented in a number of private and public collections in Australia. Most recently he has responded to the invitation to create whole editions for a private enterprise – based on the fragility of the Torres Straits Marine Environment.