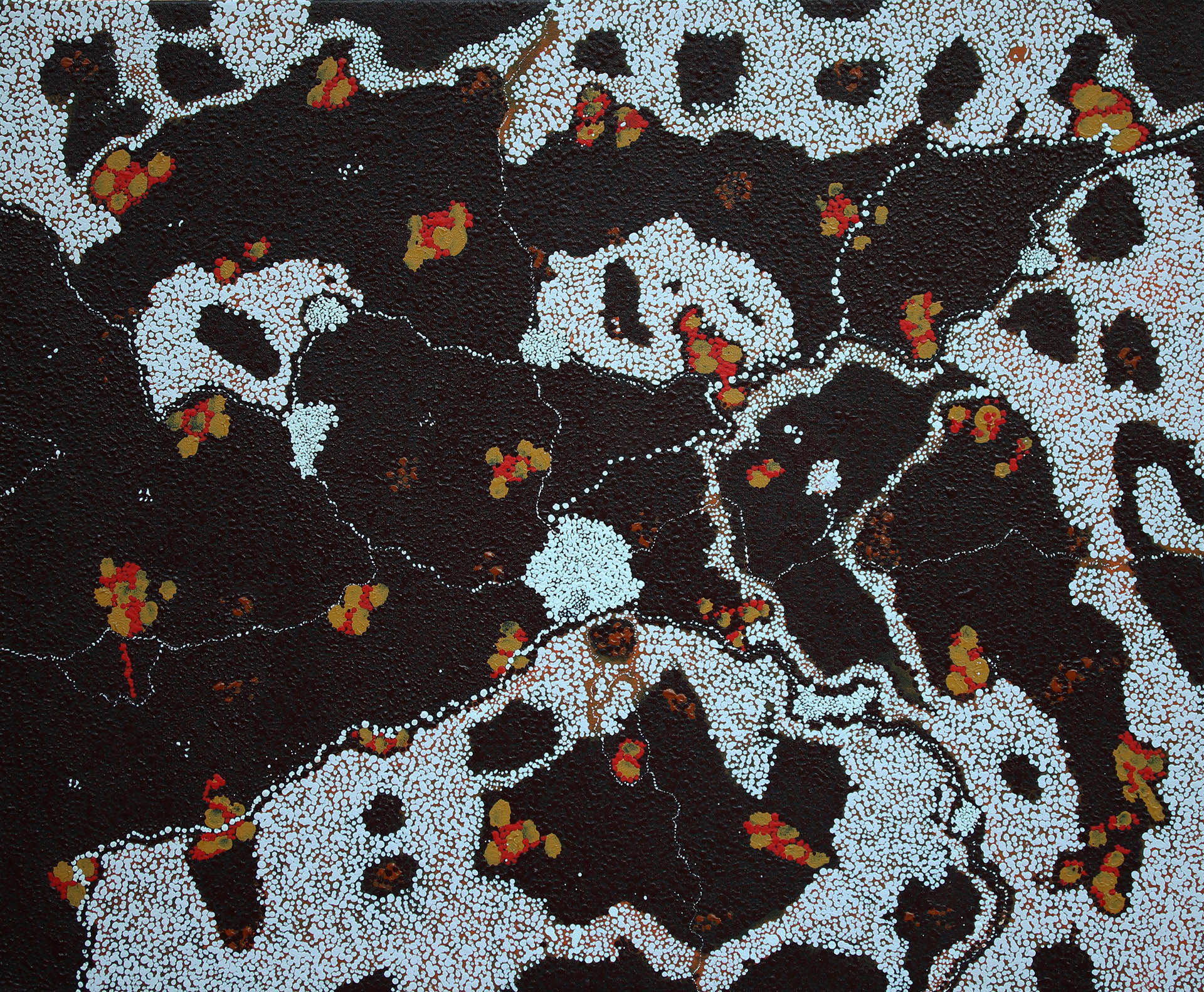 Lance Peck was born at Carnarvon (Yammagaji) in Western Australia in 1975 of the Manyjilyjarra tribe and spent his early years in this beautiful coastal region, some 1500 kilometres north of Perth. His parents separated when he was 2 years old at Roeburne near Wickham in the Pilbara. Roeburne was in his mother’s lands and Peck lived there with her for many years. Aged 7 he travelled with his mother to Wiluna to Lorna Glen sheep and cattle station. There, she joined her mother to work on the domestic staff. It was wild, rough, very hot country, with ‘great waterholes’ and populated by kangaroo, emu, wild goat, horses, camels and a profusion of beautiful birds. It was a place settled by white station owners and inhabited by scattered tribes of Anangu. As a child, Lance Peck was educated by correspondence with his sister and the two children of the cattle station owners at Lorna Glen. He later attended school in the mining town of Coolgardie, some 550 kilometres east of Perth. Lance Peck spent his early career as a stock hand, working with his uncles on cattle stations, mustering stock with motorbikes. Later he worked in the mining industry at Wiluna, the starting point of the Canning Stock Route, employed by the Government in the town’s gold and nickel mines. At age 19-20 he attempted unsuccessfully to sketch, choosing instead to be a tracker and catch wild emus for local commercial leather and oil production. Some years later he returned to the desert. Lance Peck has achieved significant recognition early, with his work Kata Kata being acquired by the National Gallery of Victoria. Lance started painting at Tjungu Palya. He then painted full time at the Irrunytju Community Art Centre before commencing painting with Papulankutja Artists. The story of his grandparents Warri and Yatungka is told in the book and film “The Last of the Nomads”. They became the last nomads because they had married outside their tribal laws and eloped to the most inaccessible of regions. In 1977 the land was stricken by a severe drought and their tribal elders mounted a search for them with the help of a party of white men led by Dr Bill Peasley and one of their own number, a childhood friend named Mudjon. The film takes Dr Peasley back into the desert to relive his momentous journey with Mudjon and culminates with poignant archival footage of the elderly couple found naked and starving. They were taken to Wiluna where they spent the last of their days.