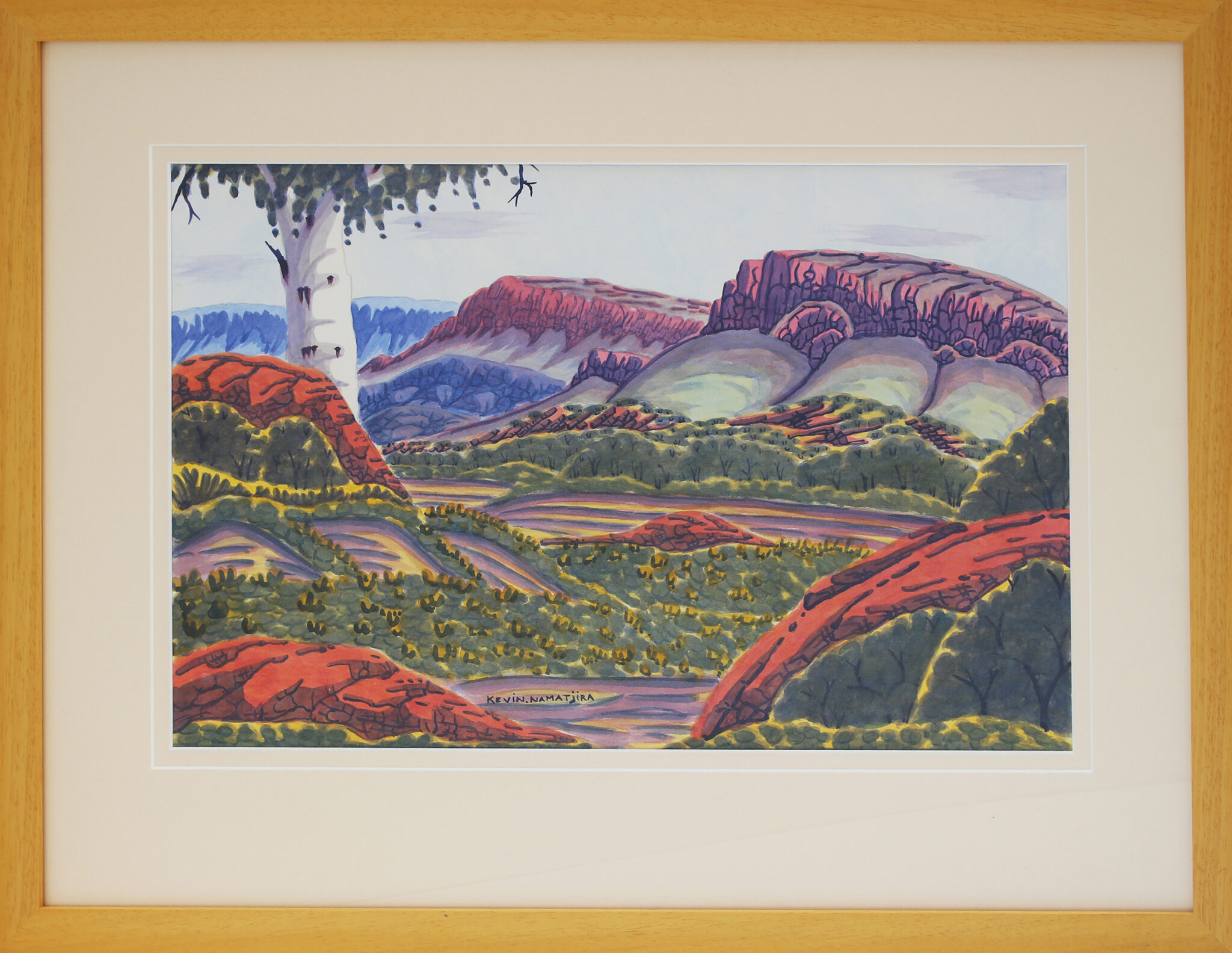 Kevin Namatjira was a direct grandson of Albert Namatjira. He was the eldest son of Maurice and Epana Namatjira, who were also artists, and who raised Kevin in Hermannsburg along with his five siblings Lorraine, Jennifer, Wilfred, Evelyn, Elaine and Susan. Maurice Namatjira, who was born in March 1939 immediately after Albert’s first solo exhibition in Melbourne in December 1938, was only 19 years old when Kevin was born at Hermannsburg in December 1958. Eight months later Albert Namatjira died.

As Albert and Rubina’s youngest son, Maurice learnt to paint by observing his father and four older brothers, Enos, Oscar, Ewald and Keith. He often combined different elements of their individual styles in his own work. The contrast between purples and pale yellows that can be seen in Kevin’s recent work was sometimes a feature of his father’s landscapes.

Kevin learnt to paint from his father. He also often painted with his cousin, Reggie Namatjira, who, like Kevin, has lived in Namatjira camp in Alice Springs since the 1970s. Kevin painted both watercolour landscapes on paper board and acrylic on canvas. He has been a prominent spokesman for the Namatjira family.

Kevin has toured with the Namatjira play during 2012 and 2013 and met the Queen and Prince Phillip at Buckingham Palace in November 2013.

Sadly, Kevin died in Alice Springs hospital in November 2018 not quite 60 years old.