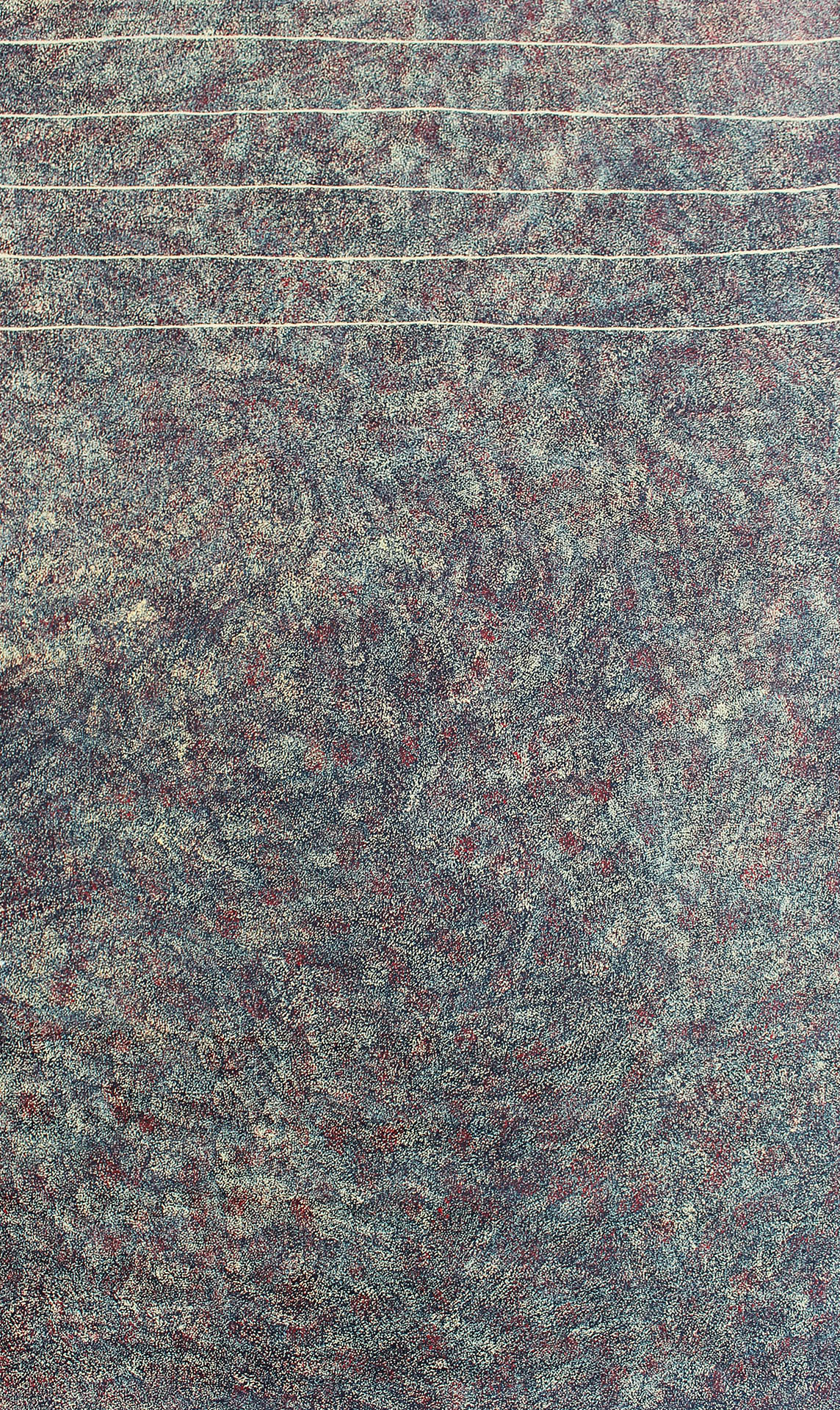 Kathleen Petyarre was born circa 1940, at the remote location of Atnangkere, an important water soakage for Aboriginal people on the western boundary of Utopia Station, 150 miles north-east of Alice Springs in the Northern Territory of Australia.

Kathleen, with her daughter Margaret and her sisters, settled at Mosquito Bore, on Utopia Station near her birthplace. Kathleen’s mother and seven sisters have managed to hold onto their land near Utopia Station as a group, establishing a camp at Atneftyeye Boundary Bore. Kathleen was one of the key Anmatyerre women involved in the successful claim for the freehold title, which led to the 1979 formal hand-over of the Utopia pastoral lease back to its traditional owners.

Kathleen’s inherited Dreaming stories from her father and mother are:

Mountain Devil Lizard, or Thorny Devil Lizard (Arnkerrthe), Women Hunting Emu, and Dingo (Atnangkerre) and all of her paintings directly refer to these “Dreamings” and the associated country around Utopia in the eastern central desert of Australia.

A common theme of Kathleen’s paintings refer to Arnkerrthe, Mountain or Thorny Devil Lizard, (Moloch horridus) a small lizard which has spikes on its back and lives in the desert, crossing vast terrain and changing colour according to its environment like a true chameleon. The enormity of his journeys can be felt in the landscape of Kathleen’s works.

This important clan country serves not only as a creation site, but a sacred place in which to reconnect with the Dreaming through ceremony, and in particular, initiation rites.

Kathleen continued to demonstrate her detailed, accurate knowledge and respect of country through her remarkable paintings that in turn give the viewer an insight into an ancient other world of endless beauty.