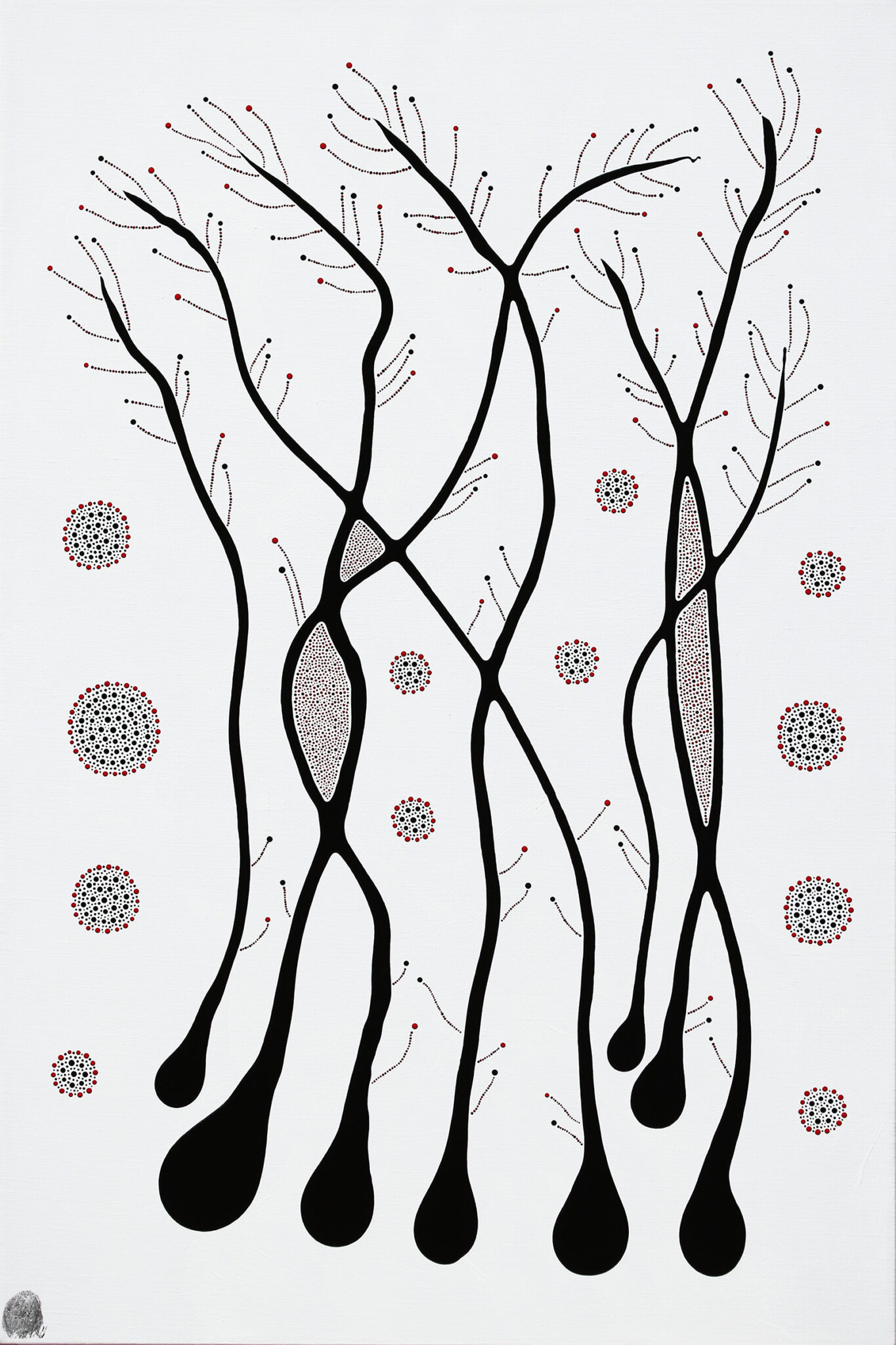 Julian Oates was born in 1991 and is a local Tasmanian Aboriginal artist from Mountain River, south of Hobart. Julian is the direct X7 great-grandson of Chief Mannalargenna (ca. 1770-1835) who was a powerful supreme head warrior and the chief of the Ben Lomond tribe (Plangermaireener). Julian comes from the Dolly Dalrymple line which is Mannalargenna’s granddaughter.

Julian comes from a family of artists and he was first inspired to paint by his father Leigh Oates. Julian would watch his father paint and listen to the stories he would tell as he worked his canvas.

In 2009 Julian developed his own unique style of painting to express his experiences, his culture and to continue passing on traditional knowledge for future generations.

Julian has produced over 200 works to date. His pieces have sold worldwide and he is gathering interest from national institutions.

Julian has had five solo exhibitions at Art Mob, Hobart in 2011, 2014, 2016, 2017 and 2018.
All of his pieces have titles, but, only some have written stories. He challenges and encourages his audiences to build their own interpretations within his paintings. These stories for Julian come from deep within his psyche and unlike a lot of artists he never has a predetermined vision of what he wants to capture, it is simply transpires as he works through the process of creation.
In November 2014 Julian was interviewed by SBS Living Black to feature in their Tasmanian episode.