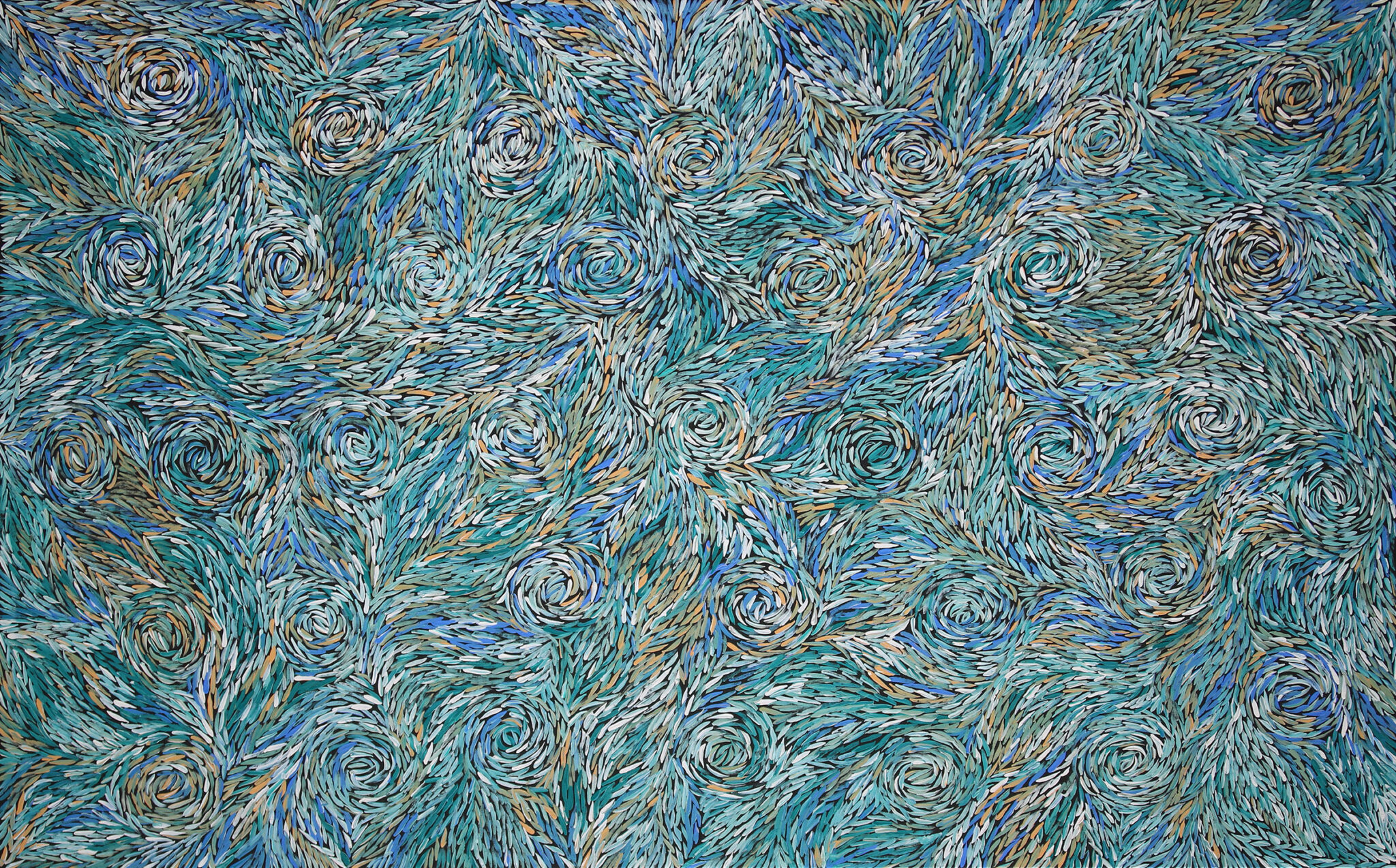 Jeannie Petyarre was born around 1951 at Boundary Bore, a small Aboriginal outstation in a place called Utopia, NT.

Jeannie is the niece of the late great Emily Kame Kngwarreye and comes from one of the most famous Aboriginal artist families.

Jeannie’s sister is Rosemary Petyarre and her half siblings are Evelyn Pultara and the late Greeny Purvis Petyarre.

In the late 1970’s and early 1980’s Jeannie was involved in the Utopia community projects such as “Utopia: A Picture Story” a project which introduced the women of Utopia to silk batiks. The project was a huge success and all 88 batiks were purchased by Robert Holmes a Court Collection who toured the exhibition around Australia and overseas.

“A Summer Project”, was another community project in 1989 introducing the women to acrylic on canvas paintings. This was also a great success and the Utopian women thrived in this medium. Jeannie’s aunt, the late Emily Kame Kngwarreye encouraged Jeannie to continue to paint her family’s ‘’Yam Dreaming” which is an important dreaming for the women of Utopia.

The Yam plant is used by the Aboriginal people for its medicinal properties which can treat various illnesses such as sores and bites. Jeannie paints the various stages of the Yam’s growth, part of the leaf, flower and seeds. She also paints the Awelye ceremonies which the women participate in to pay homage to their ancestors.