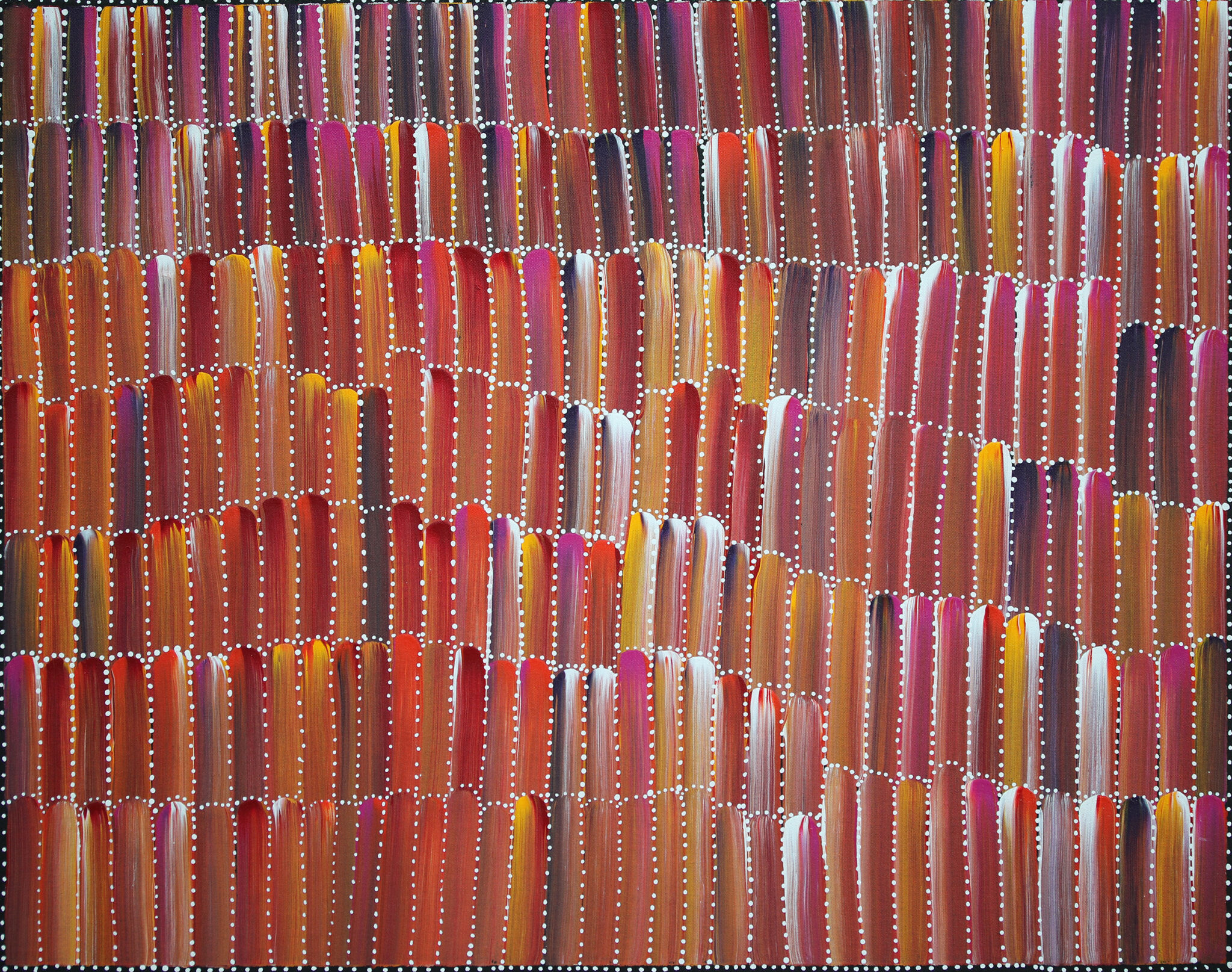 Paintings by Jeannie predominately represent the flower and seeds of the Anaty (desert yam or bush potato), which she enjoys collecting in her homeland. Jeannie’s distinct style for her story was created in 2004 for Mbantua Gallery and its captivating energy has thrust her name throughout Galleries nationwide.

In 2008, Jeannie’s large Anaty painting was accepted in the 2008 NATSIAA, the most prestigious Aboriginal art award in Australia. Cheerful and good spirited, Jeannie has close family connections to some of Australia’s top names in art. Her mother is well known Utopian artist Dolly Mills and her uncle the late Greeny Purvis, a successful entrant in the 21st NATSIAA. Her great aunt is the late Emily Kame Kngwarreye, dubbed by art experts as one of the world’s best modern and abstract artists.

It is quite evident that through these influences Jeannie began to paint, bringing her own style and dynamic to the world of Aboriginal Art.

Being one of Mbantua Gallery’s nurtured younger artists, it is exciting to see Jeannie develop into an established and talented artist. It is an exhilarating chapter for her as she spearheads through to the future, as part of the next generation of Aboriginal artists keeping the culture and tradition alive for generations to come.

Although initially shy, Jeannie is open and emits a pride in her work and teaching about elements of the bush. When she smiles and laughs, it is truly genuine and friendly.

Jeannie used to live not too far from the Utopia Clinic in a camp which was named “Jeannie’s camp” by the people, clearly giving the impression of the respect and leadership she has amongst them. Jeannie is also a ngangker(traditional healer or doctor) and she says she was taught of the ancient bush medicines by her father and she makes some bush medicines that can be used by all in Utopia for free.