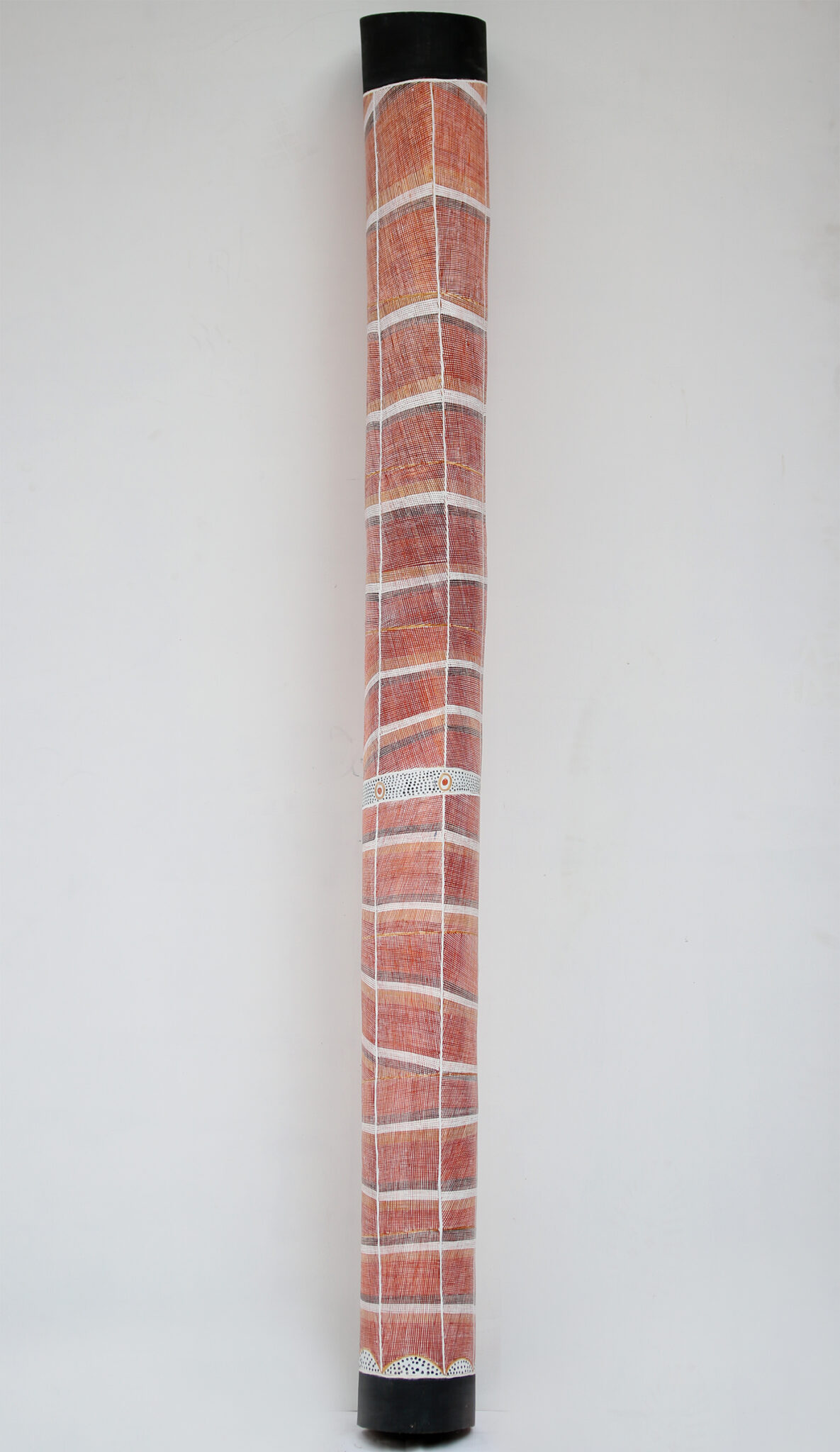 “We have been all around the world to exhibitions. I am the voice of this artists group and a strong man; a proud traditional owner who is happy to inform my peoples of our future in telling stories around the world. We are thinking about our history, always thinking as we are creating and learning, and my family put their stories on some bark and some rocks here in this country. For my kids and grandkids to learn and teach their kids and grandkids, I think this is really wonderful. This is really important to me and the people of this community, so that this story can keep me strong story, one that is passed on for future generations.” – Ivan Namirrkki

Kuninjku artist Ivan Namirrkki was born in 1961. Namirrkki was taught to paint by his father Peter Marralwanga (1917–1987) – a renowned bark painter and political proponent of the maintenance of ‘country’.

Namirrkki was first taught to paint by his father in a figurative manner. The focus was stories like Kalawan and Namorrorddo for his Kardbam clan lands near Mankorlod although later Marralwanga also guided Namirrkki in the stories for other clans around Kumurrulu. He helped his father work on two exhibitions in Perth in 1981 and 1983 and travelled to Perth as part of the project. To distinguish his own figurative works Namirrkki often used black paint as the background to the figures although, like his father, he also became adept at varying the pattern of infill from rarrk to dotting to sections of full colour to create dynamic visual effects. In the late 1990s Namirrkki moved to paint geometric work in the Mardayin style. His style is very strongly symmetrical with evenly spaced bands of rarrk arrayed in concentric diamond forms. This diamond arrangement has become his signature and it features as the background of works that show the complex interconnections between waterholes in his country. He also contrasts this patterning with dotting and other variations of rarrk to indicate the power of the sites. Occasionally Namirrkki will return to paint figurative images or combine them in more geometric images.

He is also known for painting leech djang located at Yibalaydjyigod and maggot djang located at Yirolk. Luke Taylor cites Namirrkki and his father’s work, transferring this djang (or dreaming), as a political act, invoking a tangible aboriginal ontology in relation to land, life and the spiritual.

“The point of painting such work for the market is to expose viewers directly to the power of the Ancestral realm…Namirrkki has spoken of his love for country particularly the soothing qualities of living adjacent to its important waters. There is also a confidence and peace derived from living in one’s heartland that flows to all activities conducted there. An understanding of the importance of country provides the context for more developed understanding of Kuninjku concepts of personhood, sociality, power, and health, as well as local constructions of other frameworks of human experience such as aesthetic experience.”1