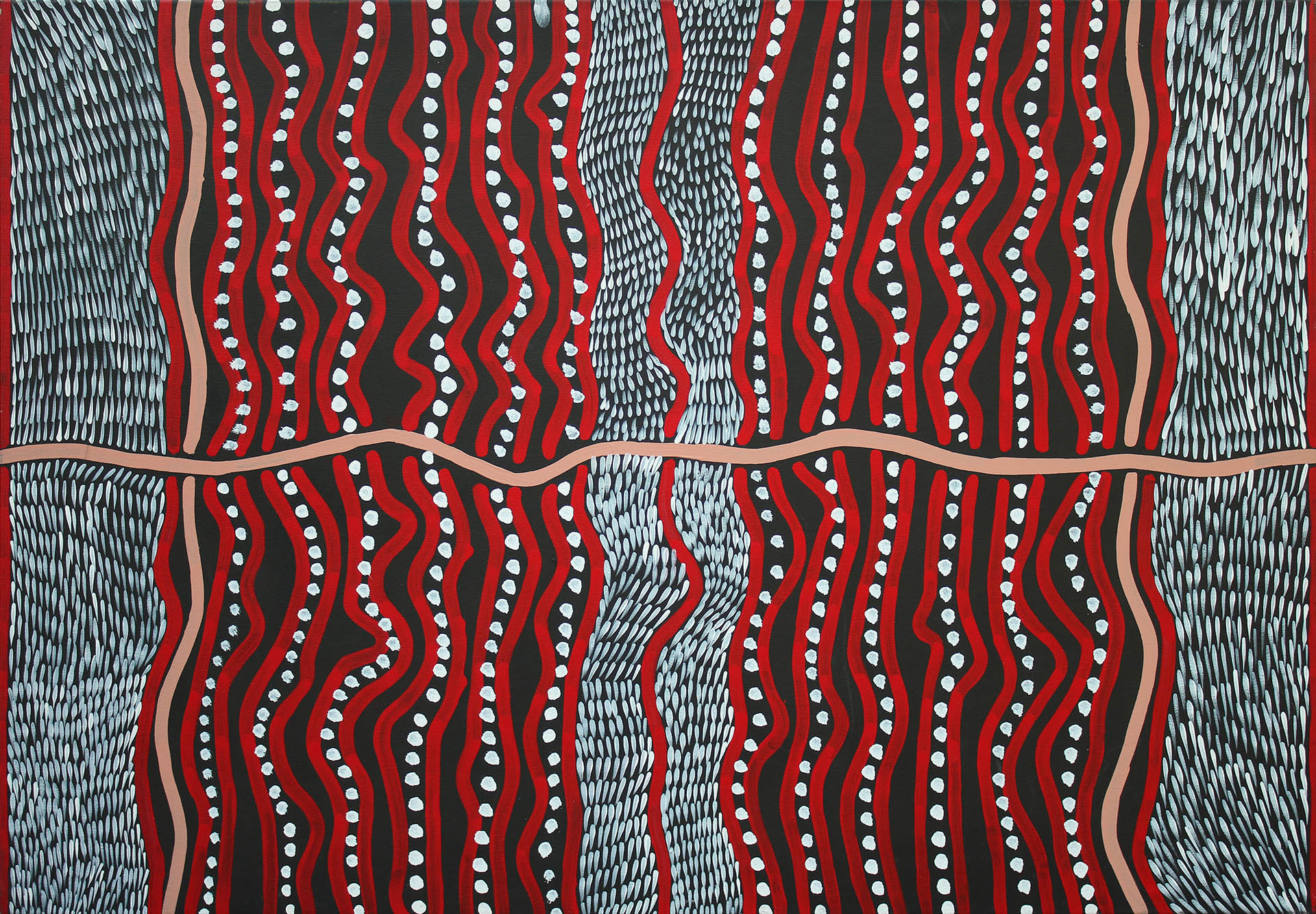 Born c.1945, and an Anmatyerre speaker, her country was Atnangkere and her Dreamings were as for Ada Bird: Mountain Devil Lizard, Bean, Emu, Pencil Yam, Grass Seed and Small Brown Grass. She has four sisters who are also artists: Ada Bird, Violet, Myrtle, and Kathleen. She first gained recognition as an artist working in the medium of Batik, exhibiting with the Utopia Women in shows around Australia and abroad for a decade (1977-87) before taking up the medium of canvas, painting her first work for CAAMA’s Summer Project exhibition.
In 1990 she traveled to Ireland, London and India as a representative of the Utopia women, accompanying the ‘Utopia: A Picture Story’ exhibition (Tandanya, Adelaide, The Royal Hibernian Academy, Dublin Ireland, and Meat Market Gallery, Melbourne, 1991). In 1991 she had her first solo exhibition at Utopia Art in Sydney. Her work is based on the body paint designs for her Drearnings, at first showing clearly the designs painted across the women’s breasts and shoulders in the ceremony. Since those early, highly distinctive works, she developed her paintings to higher levels of abstraction, continually experimenting with line and colour. She said she prefers the greater freedom and control she finds with the medium of acrylic on canvas. Several of the works in her solo exhibition had no dots at all, but bands of different colour whose optical effects have evoked comparisons with the British artist Bridget Riley. Gloria’s husband, Ronnie Price Mpetyane, started painting in 1989, and does strong men’s paintings in dot style as well as neo-westem landscapes in vivid colours. They live at Mulga Bore (Akaye Soakage) Utopia.