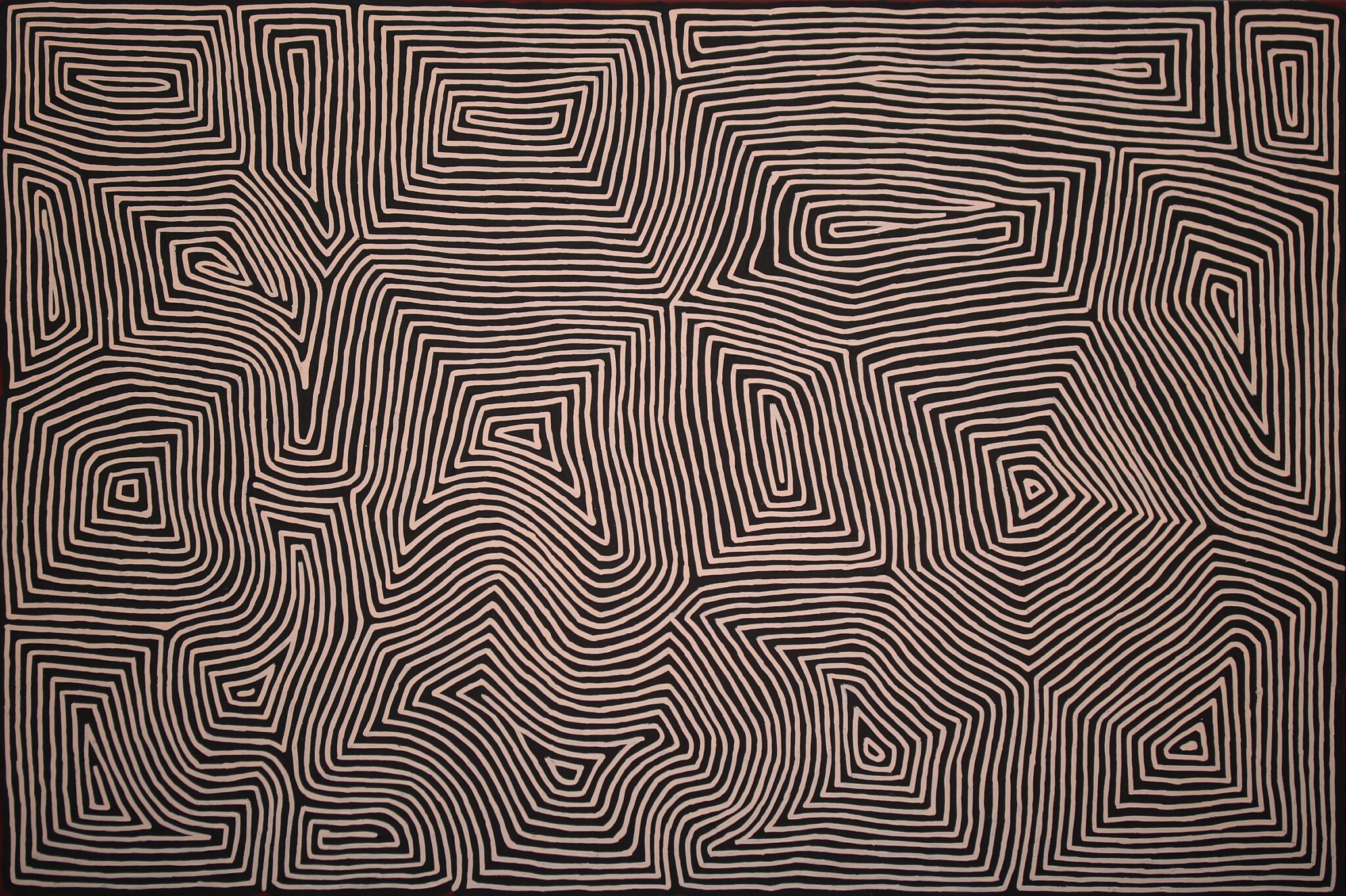 George was born ‘in the bush’ in Pintupi country in the vicinity of Kiwirrkura across the Western Australian border approximately 1947. His nickname is ‘Hairbrush’ as he has thick locks of black hair.

His father was Charlie Watiolji. His wife is Nyanupa Nangala. His mother-in-law is Nyanuma Napangarti. He came in from the desert by way of Mount Doreen and Yuendumu. In 1962 he accompanied Jeremy Long on a patrol out west. He began painting in West Camp in Papunya in early 1975 for Papunya Tula Artists, the same time as his older brother Willy Tjungarrayi, and continued painting while residing at Yai Yai, Warawa, Mt Leibig, Walungurru and now Kintore. His brother Willy Tjungurrayi and older sisters Nancy and Naata Nungurrayi are also very well-known Papunya Tula Artists.

George’s ancestral country covers the sites around Wala Wala, Kiwirrkura, Lake Mackay, Kulkuta, Karku, Ngaluwinyamana, and Kilpinya to the north-west of Kintore across the Western Australia border. He paints the Tingari stories for this region. He had 2 decades of traditional Pintupi painting then departed from traditional Western desert iconography by painting works based on optical stripes that have brought his work to prominence. His striking paintings are a contemporary variation on the distinctive fluted carving that originally decorated ceremonial shields. His art in some ways suggests abstract or optical art though his lines are all hand drawn and softer. Canvasses are often multi-layered to produce an illusion of movement and shadows beneath the surface. The underlying lines create an impression suggesting a spiritual landscape that perhaps refers to his ancestral travels. His works retain a strong connection with his ancestral dreaming stories in which the Tingari ancestors travelled vast stretches of country performing rituals and creating and shaping particular sites.