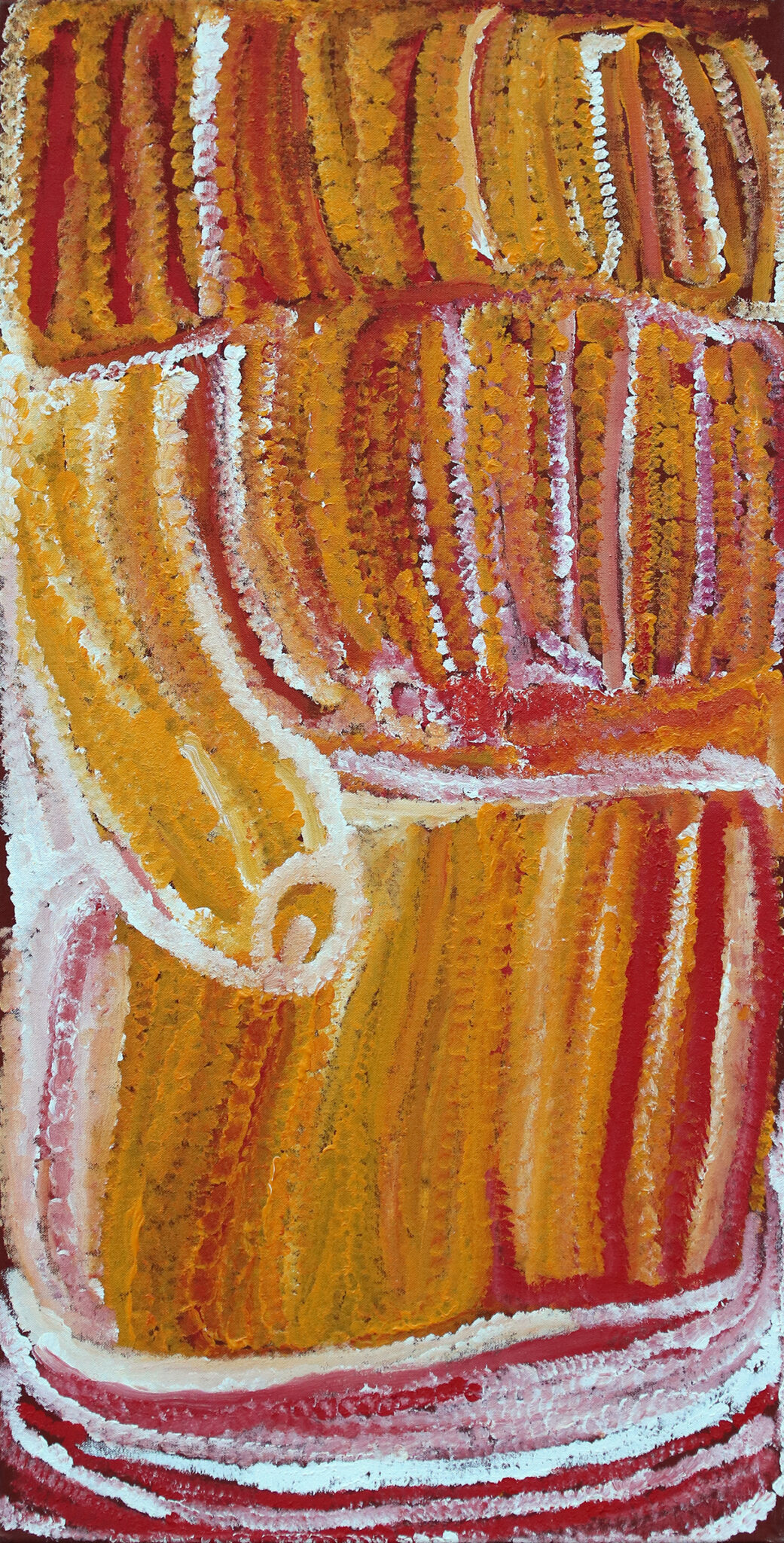 Eubena (Yupinya) was the best known of Warlayirti Artists’ many painters. She was one of the most esteemed law women in the community, being consulted and deferred to on all questions of law. Mukaka, Eubena’s mother, taught her Maparn (healer/witchdoctor) skills before she passed away, when Eubena was just a young girl. The family travelled and hunted, performing ceremonies and law for the upkeep of their country and their own spiritual preservation. Nomadic life was harsh and most of her extended family had passed away or moved to other parts of the country. Eubena talked of many ‘sorry’ times.

Eubena with her husband and family travelled up the Canning Stock Route to Billiluna Station before following the mission as it moved around, until arriving at its present site at Balgo Hills. Before his death, her husband Gimme helped Father Piele with a Kukatja (Eubena and Gimme’s second language) dictionary, to which Eubena also contributed.In recent years she was one of the few people alive who maintained a full vocabulary of this language. Despite living at the mission and tending herds of goats, Eubena continually traveled back to her country, living in and from the land for extended periods. Her extraordinary hunting instinct, combined with an effortless energy showed when she was out in the country.

Eubena started painting with her second husband Wimmitji in the mid 1980s. Their work shared a luminous and intricate complexity along with a love of the warm reds, oranges and yellows that continued to be Eubena’s signature. Eubena’s reputation grew, as one half of the famous painting duo at Balgo, but also as a solo artist in her own right. Eubena had a spontaneity and strength of brush mark that carves the paint, leaving rhythmical tracks across the canvas. Her work resonated with the power of place and pride in country that Eubena had been able to maintain throughout her life, a life that evolved from hard, proud desert nomad to an artist feted in Australia and overseas. A regal character, she was both iron strong and unfailingly generous. Painting was like her second language and she painted persistently with passion and dedication.