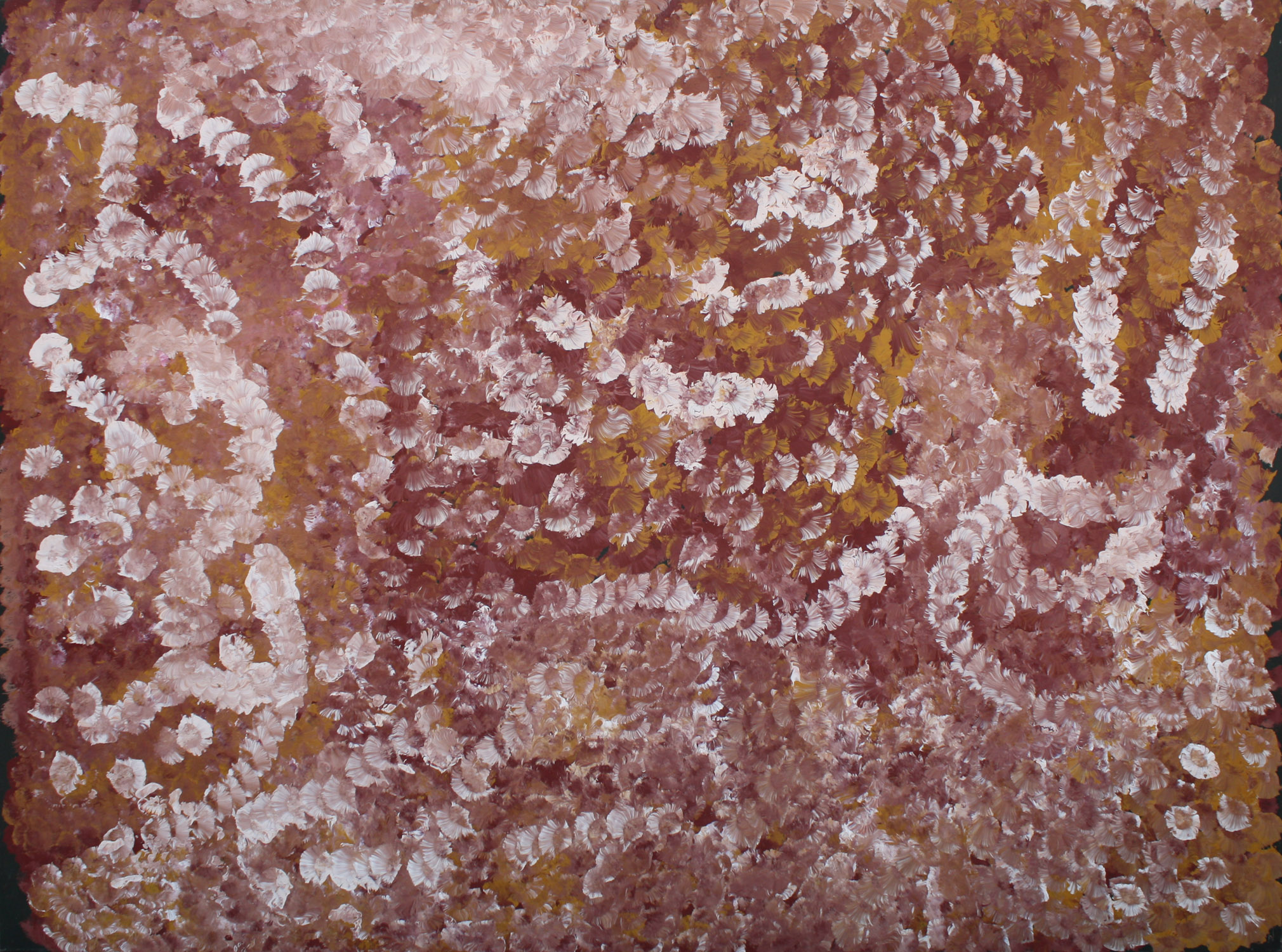 Born c.1910 at Alhalkere (Soakage Bore) Utopia Station, Emily is an Eastern Anmatyerre speaker and senior artist at Utopia. Her Country is Alhalkere and her Dreamings include Sand Goanna, Wild Orange, and Emu. Emily first saw white people as a young girl aged about nine. She worked in her younger days as a stockhand on pastoral properties in this area (see The Art of Utopia, M. Boulter) at a time when Aboriginal women on the stations were usually only employed as domestics – suggesting the forceful independence of her personality. Emily was the adopted daughter of Jacob Jones, a very important lawman in the Alyawarre community, and a leader in the women’s ceremonial business at Utopia.

From the time she painted her first canvas for A Summer Project 1988-9 , the work of Emily Kame Kngwarreye has received widespread acclaim and recognition. Emily found in acrylics and canvas a medium more suited to the bold immediacy of her style than the more laborious production processes of batik, in which she had been working for the preceding decade and exhibiting with the Utopia women in exhibitions in Australia and abroad since 1977. Her technique is highly individual with under-drawings covered by layers of dots. Her pleasure in working as an artist is reflected in her powerful colours and her energetic and expressive compositions.

She is the most lauded painter of the Utopia art movement to date, and one of the best known of the desert artists, painting with an undiminished energy which belies her years. In 1992 she was awarded an Australian Artists Creative Fellowship. In 1993 she exhibited in the Joan and Peter Clemenger Triennial Exhibition of Contemporary Australian Art at the National Gallery of Victoria and featured inAratjara – Art of the First Australians , touring Dusseldorf, London and other European Galleries.