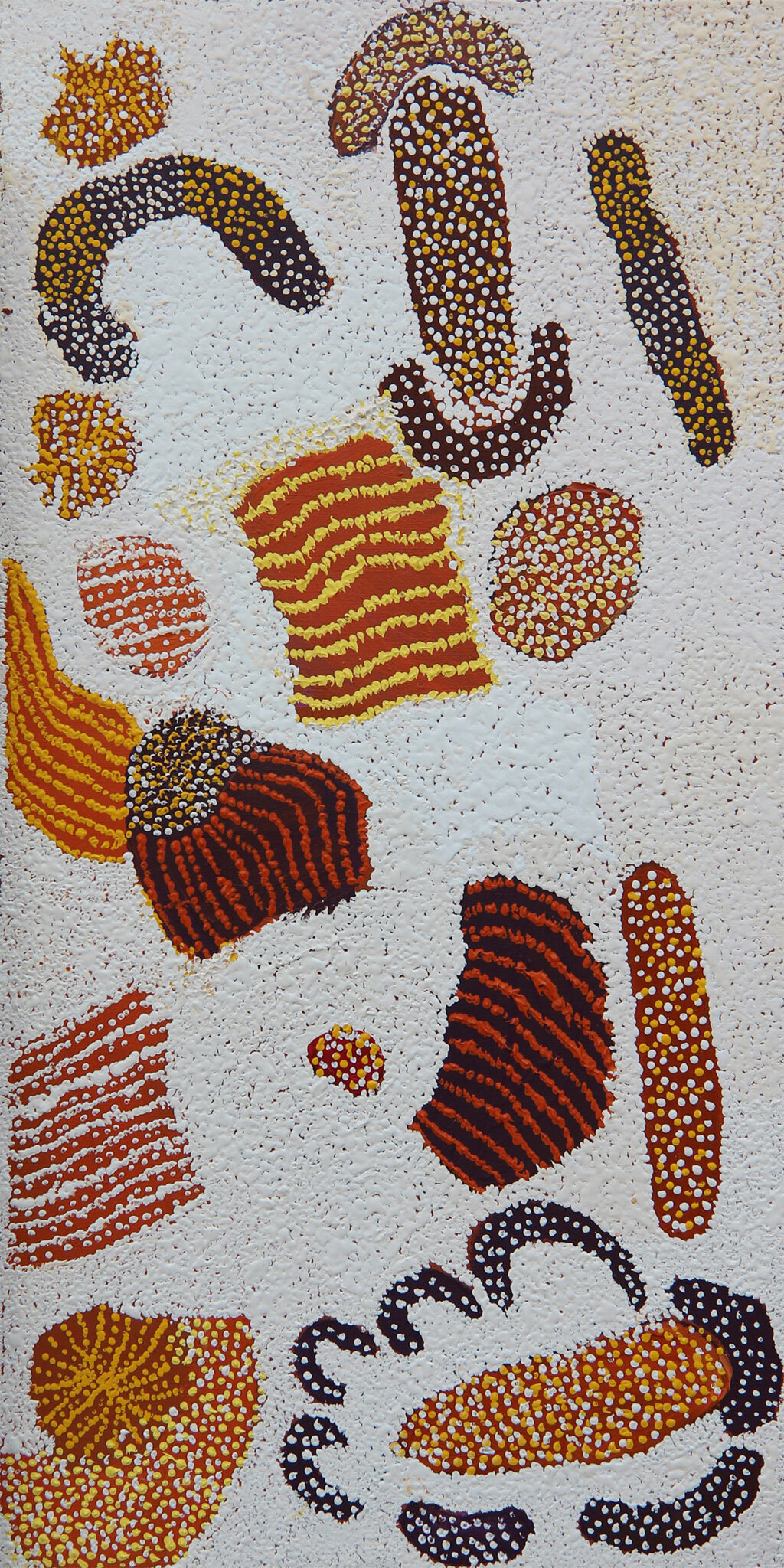 Nyumi lived at Kururrungku (Billiluna), an outlying community from Balgo. Nyumi’s mother belonged to the country of Nynmi (Jupiter well) near Kiwirrkurra on the Pintupi side. Tragically she died quite young from a dingo bite at the Kanari soak water close to Jupiter Well. Her father was from Alyarra in the region of Natajarra. Nyumi was living a nomadic existence with her family group on the Canning Stock Route before walking into Old Mission with her father after her mother had died. Here she was given clothes and taken to Billiluna and trained as a house worker, cleaning the floors with rags, washing dishes and raking the grounds. She subsequently travelled to many station houses around the region working for the wives of the station owners.

Nyumi married a man by the name of Palmer Gordon who was a senior law man of the Billiluna community. Both Nyumi and Palmer taught culture to the children at the school ensuring the traditional dances and songs are kept alive. Nyumi advised the nursing staff at the health clinic about traditional bush medicines and she was also knowledgeable about carving coolamons and digging sticks.

Nyumi’s paintings are mainly concerned with the country of abundant bush food belonging to her family. In her maturity as a painter she initially worked with a thick brush, covering the canvas in emanating lines in muted tones. Her style developed to using a multitude of dotting to build up fields of texture but retained her signature motifs of small camps, coolamons and bush tucker trees and scrubs. Nyumi travelled to the Netherlands overseas and to Sydney, Perth, Darwin and Alice Springs for exhibitions of her work. She was a vibrant and active member in the community being a strong law and culture woman.