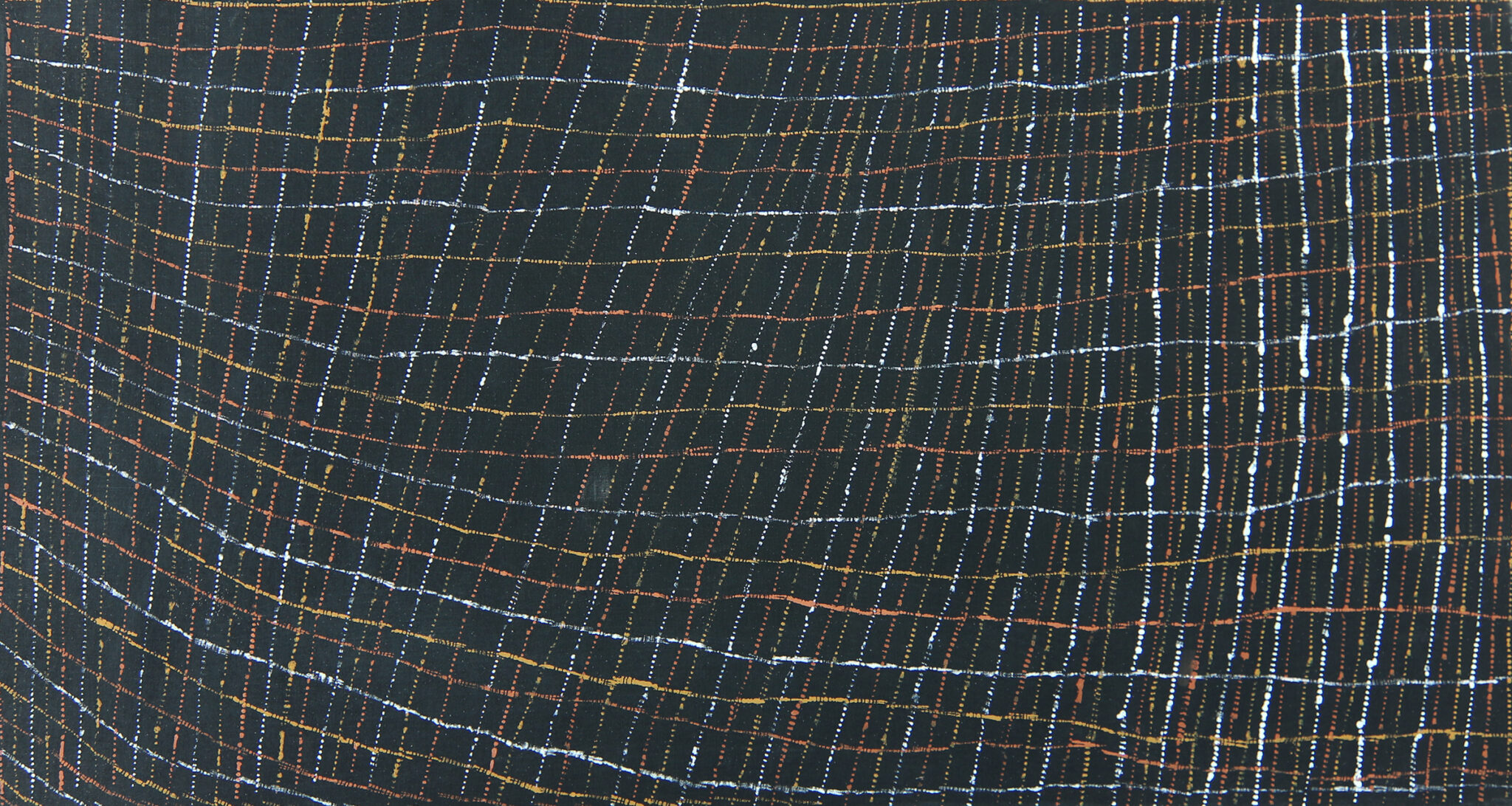 Cornelia Tipuamantumirri was born adjacent to the present day barge landing at Pirlangimipi, around 1930. When she was a young woman she would assist young weavers to aquire skill and knowledge in this art form. She would also teach the young ones traditional Tiwi dance.
Cornelia Tipuamantumirri married Steven Tipuamantamirri as a young lady and has one child, a daughter, Dolores
Tipuamantamirri. Cornelia Tipuamantumirri also helped raise a young boy from Peppimenarti, Harry Wilson, who was part of the Stolen Generation sent to Pirlangimpi and later married the well known Pepperminarti artist Regina Wilson.
Cornelia Tipuamantumirri uses the kayimwagakimi for her work, dipping the comb shaped carved ironwood into her ochre
palette; shades of pinks and yellows to portray the reflections of her long life lived on the Tiwi Islands. Reflections also, of the skys’ lights on the surface of the Arafura Sea.

Under the guardians of the mission, Cornelia grew up on Bathurst Island. She went to school under the old mission church and was given a slate and chalk. Salvation came in the form of the Catholic nuns. She lived in a dormitory with the other Tiwi girls. She was never allowed to speak her language or practice our culture. She went with her parents every bush
holiday to Garden Point on Melville Island. Her parents worked for the Garden Point Mission, looking after the farm, planting
and tending the land. She married Stephen Tipumantimirri and had a daughter, Dolores. She is blessed with three grandchildren and a lot of great grandchildren. Cornelia has a son whom she and Stephen looked after at Garden Point
Mission. His name is H. Wilson Senior from Peppimenarti. This family has visited her from time to time. Their friendship will
last a lifetime.
Cornelia walked into Munupi Art Centre wanting to paint on canvas in 2010. She is an elder who has taken over the art
industry like a wild storm. She paints the land and sea from her beautiful Munupi country. Every painting tells a story with
a connection to the land and sea. Cornelia has a strong bond to the waters surrounding the Tiwi Islands, forged by a
lifetime of memories living encircled within the tides of the Arafura Sea.