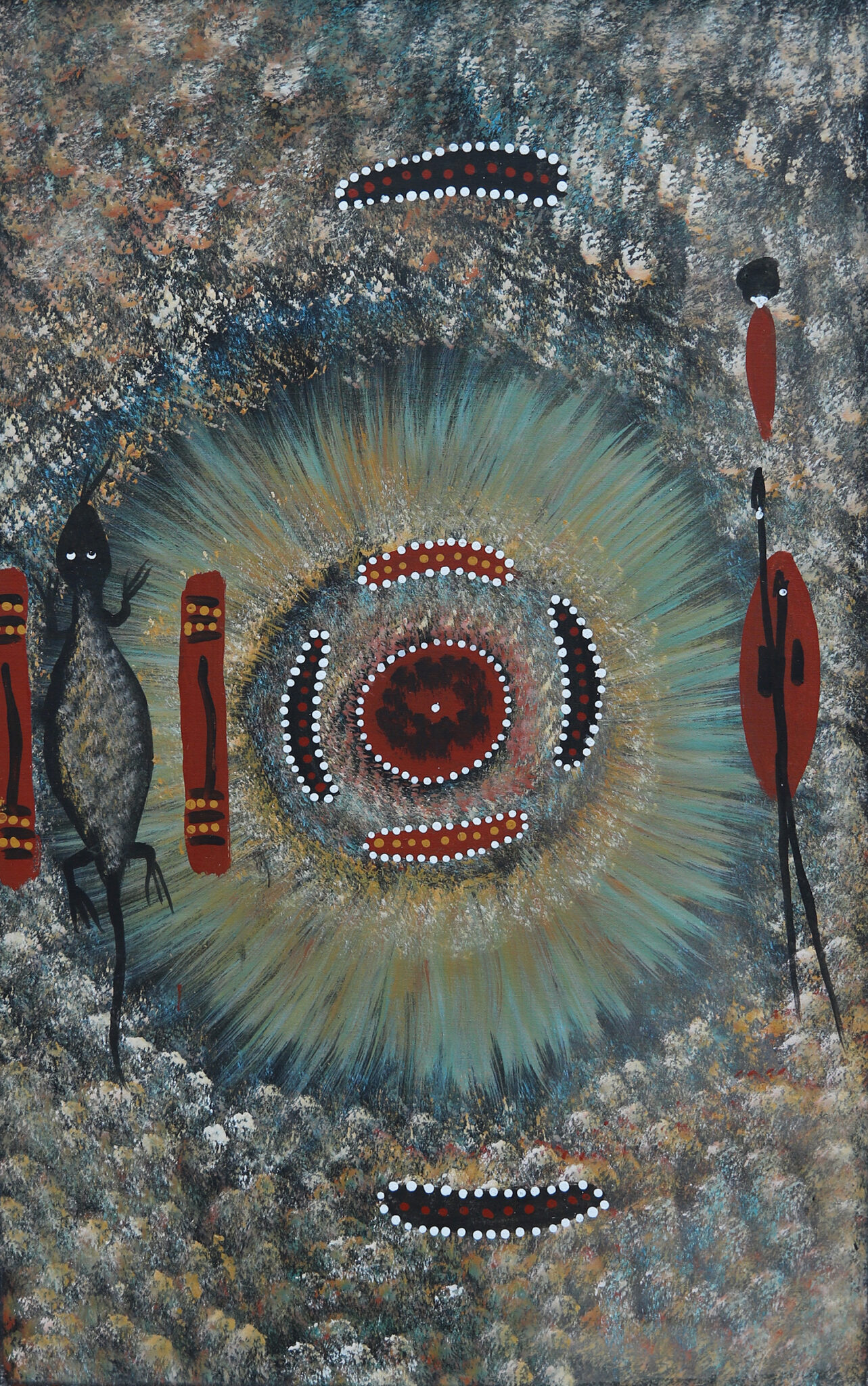 Born at Haasts Bluff in the mid ’50s, his mother was an Anmatyerre woman from Napperby and his father Warlpiri. Barney Daniels Tjungurrayi received some European schooling at Mungana, a settlement about five miles out of Alice Springs.

The snake, blue tongued lizard, Bush Fire, Centipede, Witchetty Grub and Bush Tucker Dreamings are the totems handed down to Barney from his fathers, Tjapaltjarri. Passed down over the generations from father to son this provides a direct link to his Dreamtime ancestors.

Barney Daniels Tjungurrayi is a prolific and highly creative artist. A member of the Luritja people, his early life was spent learning traditional ways of survival, law and ceremony. He began to paint in the mid 80’s and he describes himself as self taught. Barney is exceptionally innovative with colour and the creation of atmospheric moods.

The stippled brushwork of the background often sets the mood of the painting which invariably lays the groundwork for the recurring theme of the cycle of life, death and regeneration.

He has had solo and group exhibitions in many galleries both in Australia and overseas.
Barney died in 1997.