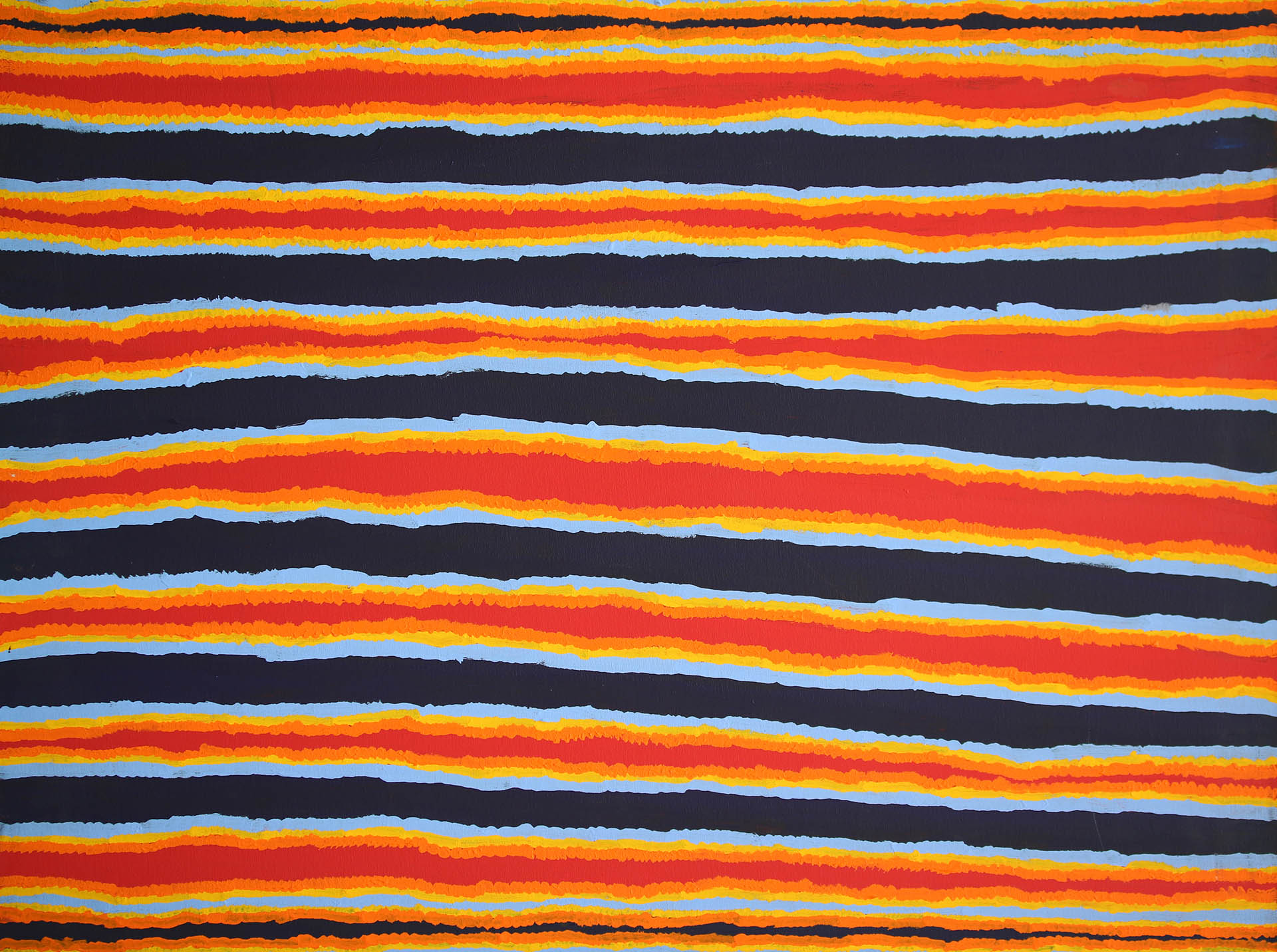 Alice was born in 1943 near Talaalpi, which is a swamp near and a little bit to the east of Walungurru on the Western Australian border.

Prior to her painting Alice worked for many years at the Kintore School teaching the young girls dancing and the traditions of the desert people.

Alice started painting on the “Minyama Tjukurrpa” ¬the Kintore Haasts Bluff collaborative canvas project. As a painter she is inspired by her rich cultural heritage, and thrives when involved with her stories and lore. Alice is an active “dancing woman” who travels widely to participate in annual ceremonies and “Women’s Law” meetings.

Alice’s tjukurrpa is the porcupine or Tjilkamata. Her story is told in bright colours often utilizing orange and yellow to mirror the ochres that are used in ceremonial body painting. In her tjukurrpa story there is often the porcupine scurrying about rock holes and hiding places looking for tucker while nearby the women are themselves hunting, laying in wait for the porcupine. Alice is a keen hunter and likes to go hunting with Eunice Jack.

Alice’s father was the late Uta Uta Tjangala, who was one of the original Papunya Tula painters. His Tjukurrpa is Pungkalungka at Takpalangu. Pungkalungka’s are dangerous, and sometimes kill and eat people. They live in huge caves in the hills. Alice only paints the entrance to the caves to signify the unknown danger of the monster that dwells within. Her father’s country is Ngurrapalangu, and her tjukurrpa has passed to her from this place ¬the porcupine was travelling through the sand hills and passing near the two carpet snakes, kuniya kutjarra, who were living underneath the water.

Alice also enjoys the other crafts and is involved in producing hand¬spindled hairstring for ceremonies and ininiti necklaces and mats. She regularly goes out bush to collect ininti seeds then laboriously pierces them with hot wire to make beads for necklaces, bracelets or mats.