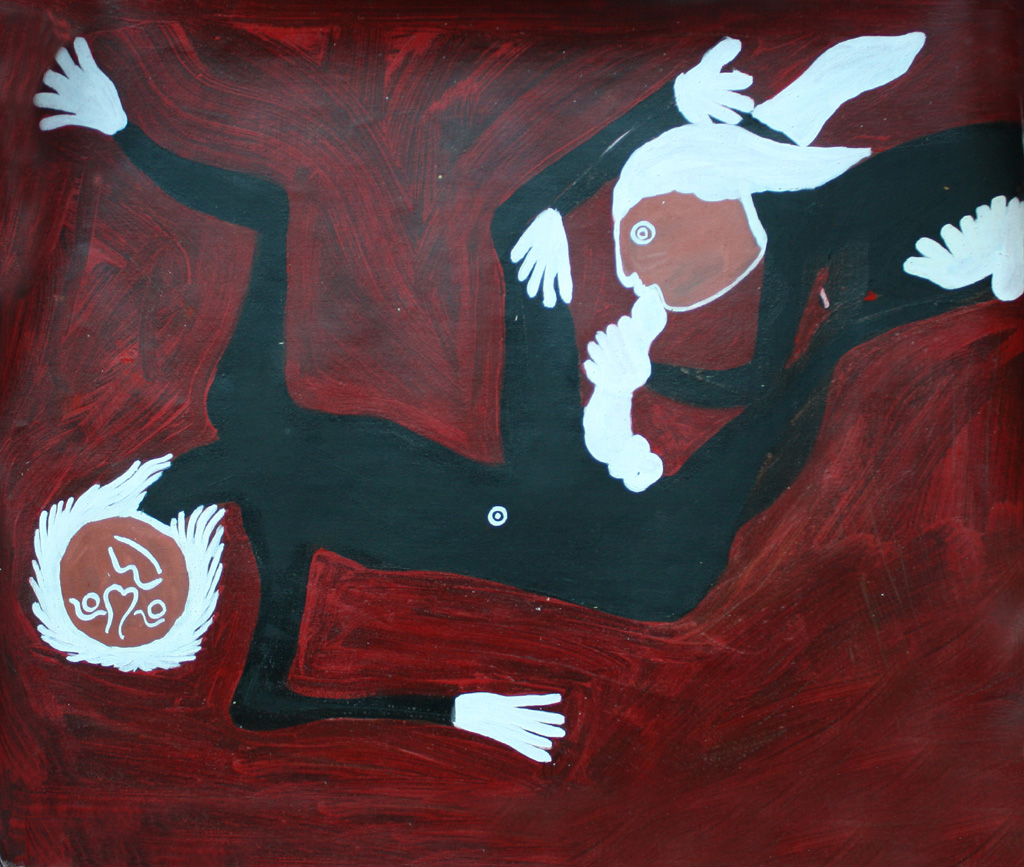 On the 13th March 1977 in the presence of the Arch Bishop of Canterbury, Christchurch Cathedral was consecrated. The church was destroyed by Cyclone Tracey and was then rebuilt with festival, ritual and informality.

A few weeks later Queen Elizabeth II and the Duke of Edinburgh visited the new cathedral, the Queen’s signature is in the visitor’s book.

Many people from Arnhem Land visited Darwin for this occasion, including, some of the Nganjmirra family. Bobby Nganjmirra, Alexander’s father, told his sons about the Queen Lady. At the time, Bobby made a request for the Queen Lady to visit his people in Arnhem Land. They would take her on adventures she should never forget, including visiting old rock art sites, helping repair broken down Toyotas, rounding up water buffalos and joining in a drink at the club. But, unfortunately such a wonderful offer never happened. Years later Alexander, Bobbie’s eldest son, remembered these stories from his father. He talked with his friend Neil McLeod about the possibility of painting and drawing these adventures and the places she could have visited. During Alexander’s long visits to Neil McLeod’s home he commenced the series of drawings and subsequently the paintings.

They included a football match, helping repair the broken muffler before venturing out into the outstation areas, joining friends for a drink at the club, a rodeo, driving kids on a long trip across Arnhem Land.

Back in Darwin the Queen Lady went to a circus and was invited to join the trapeze artists flying high. She was so grateful for this wonderful experience; she chartered a special plane to take two Toyotas, some dingoes and lots of artefacts including boomerangs, which she practiced with, during lunch at Buckingham Palace.

Alex’s paintings of the Queen Lady were exhibited at Art Mob, Hobart in an exhibition “Queen in Arnhem Land” that launched on April 29, 2011 to coincide with the Royal Wedding of Prince William & Kate Middleton. The exhibition was a sell-out and was referenced by Art Market Report magazine in an article “Curators steal the show – Jeremy Eccles travels countrywide to report on the market and the best exhibitions”.